Four-time champions Italy secured qualification for the 2014 World Cup after overturning a first-half deficit against the Czech Republic to prevail 2-1 on Tuesday.

Balotelli, loved and hated in equal measure by Italy’s fans, had finished the first half with arguably more detractors added to his list before making amends just before the hour mark.

With home goalkeeper Gianluigi Buffon equalling Fabio Cannavaro’s all-time national record of 136 caps, there was a party atmosphere at his home Juventus stadium.

But a reality check came in the 19th minute when Kozak sent a superb first-time half-volley past Buffon after Petr Jiracek ran unchallenged down the left flank to whip in a perfect cross for the big striker.

Italy’s unexpected half-time deficit was made more dramatic given their early domination, and Balotelli’s failure to convert several clear-cut chances.

Five minutes later Balotelli hit the crossbar from six yards out after the ball fell at his feet following a deep cross from the left.

The Milan striker’s woes continued when he snatched a rebound from the hands of Cech six yards out only to sky his effort over the bar, and missed a more difficult chance two minutes later from Daniele De Rossi’s flick-on.

Balotelli appeared to vent his frustration by stamping on defender Tomas Sivok on the half hour, and was promptly cautioned.

And he missed another golden chance to draw Italy level, but this time the hands of Cech were a match for the striker’s close-range header following Andrea Pirlo’s superb cross-field ball to the back post.

Before the interval, Antonio Candreva was unlucky to see his long-range drive tipped wide by an alert Cech.

But Italy were lucky not to concede a second as David Limbersky’s dummy from a cross deep on the right allowed Kozak a first-time shot which sailed just over Buffon’s crossbar on the stroke of half-time.

Prandelli kept faith with Balotelli at the start of the second half, having replaced deep-lying forward Emanuele Giaccherini with Southampton’s Pablo Osvaldo and seconds after kick-off he tested Cech with a long-range effort.

Italy’s World Cup hopes then increased significantly when Balotelli won a penalty following a crude challenge by Theodor Gebre Selassie and promptly stepped up to coolly beat Cech at the keeper’s right post.

Italy, however, were kept on their toes and almost paid for slack defending just after the hour when Ondrej Banek’s angled shot from the left crept past Buffon’s far post as the goalkeeper looked on.

Two minutes later Buffon got down low to smother after Jiracek held off the Italian defence to unleash from 15 yards out. 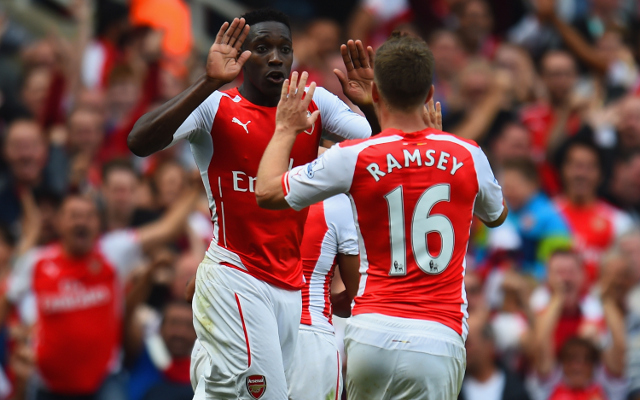 Mind-blowing Arsenal XI made up entirely of British Gunners

Analysis: How and why England and Liverpool skipper Steven Gerrard has adapted his position