Liverpool really should qualify for the knockout phase of the Europa League on the evidence of tonight’s first game in Group B.

The weather certainly didn’t help, but it cannot excuse the dreadfully poor spectacle these two sides served up.

Neither team really looked like scoring in the first half, but Rubin were fairly dominant after the interval.

That’s because Sion midfielder Birama Ndoye had gifted Rubin a numerical advantage when he was sent off on 34 minutes after picking up a second yellow card for this foolish tackle.

The result of this game, which was sealed by a last-minute goal from Marko Devic, means that Liverpool only need four points from their last two games – away to Bordeaux and at home to Sion – to make it through to the next round as group winners.

Based on tonight’s display, beating Sion should be no problem for Jurgen Klopp’s reinvigorated team. 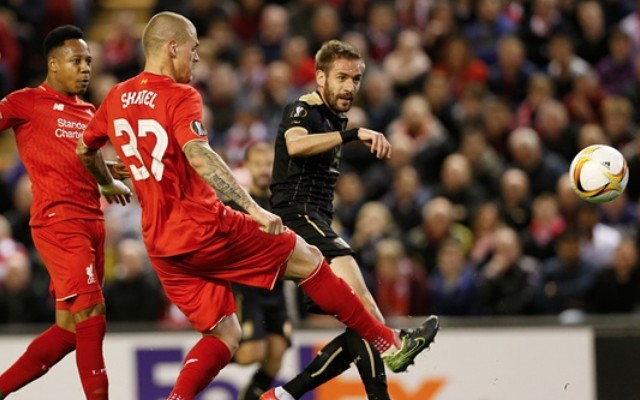