Touring side go on the attack with the bat as they try and grow their first innings.

Australian captain Michael Clarke has continued to lead the way with the bat for his side, helping them to 392-5 at lunch on day two against England at Old Trafford.

Clarke raced to 168 at the break as he and the rest of the Australian middle-order showed an aggressive streak against the England attack. .

Despite the ground being covered in drizzle for much of the morning play got underway on time and Australia continued where they let off from day one with Clarke and Steve Smith continuing to look for their shots.

Jimmy Anderson and England went up for a big LBW shout against Smith, however, the call was rejected after the bowler knocked the bails of at the non-strikers end.

Replays showed the ball would have missed high and leg-stump anyway, but it was an unusual first appeal for the day.

Clarke swished at two balls wide of the off-stump which cause some heart palpitations in the Australia dressing room as England has positioned fielders at short-cover.

The batting partnership reached 200 just shy of the 100 over-mark as the game rolled along in the favour of Australia.

The Aussie captain started play a loose shot to two, giving hope to the England side that he might get himself out rather than the conditions leading to him being sent packing.

But it was Smith dismissed soon after after a wild slog across the line off Graeme Swann only to see it taken by Jonny Bairstow backing back at mid-wicket. 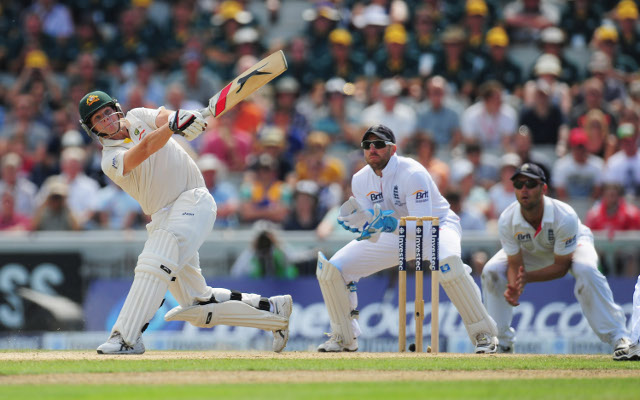 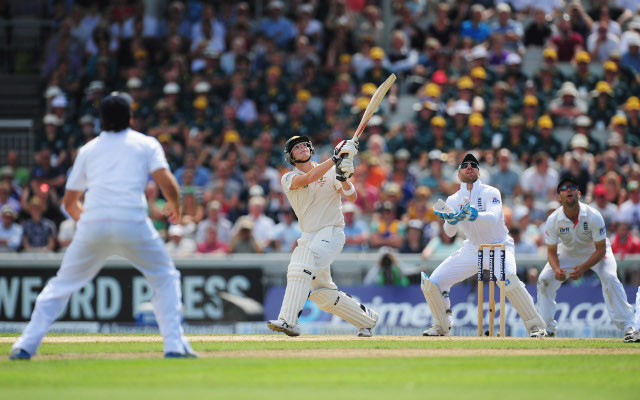 Smith went for 89 when the ton was there to be taken, what would have been his first in Test cricket, as Australia fell to be 343-4.

David Warner came in next and was greeted with jeers, boos and whistles from a hostile Old Trafford crowd,
with the new batsman bringing with him close to a month’s worth of negative headlines.

The new man got off the mark from the first ball when he tucked Tim Bresnan off his hip behind square.

Clarke brought up his 150 as he guided a short and wide ball down to the boundary behind point as he
and Warner looked to continue the, so far, excellent batting performance by Australia.

England struck back when Swann gained the edge from of Warner with a seemingly obvious edge deflecting off Matt Prior’s leg before finding the hands of Jonathan Trott. 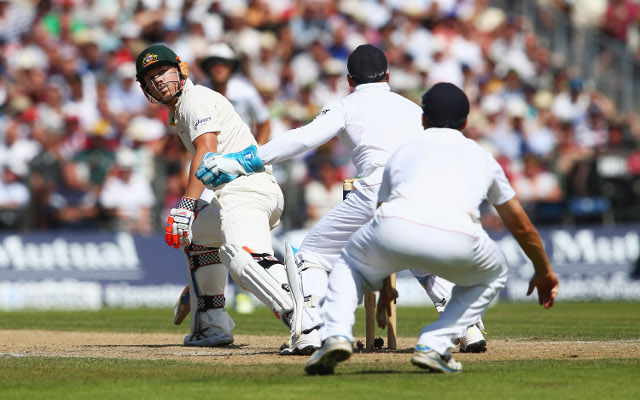 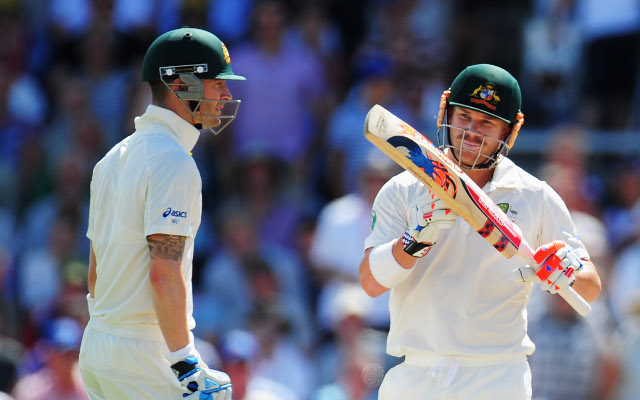 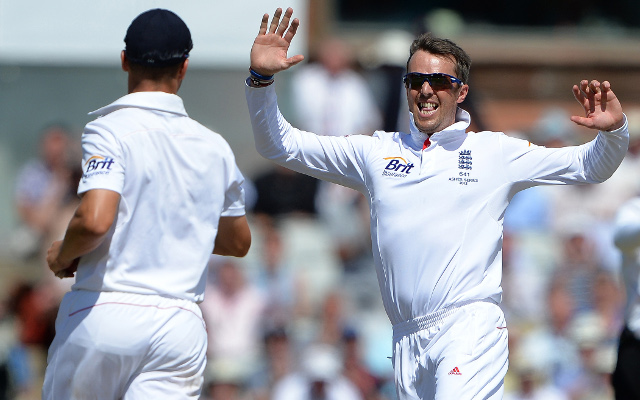 Replays showed there was a clear edge and Warner departed to a vocal send-off from the packed crowd at Old Trafford.

Warner consulted Clarke before electing to review the decision and, amazingly, the captain agreed his partner should send it upstairs.

The only explanation was Warner believed he hit his pad with the inside edge at the bat resulting in his false positivity, and ultimately his wicket.

Australia continued its terrible use of the DRS as the rest of the innings turned back into old-fashioned cricket, with neither side possessing any referrals.

Brad Haddin did not waste any time in his innings with his first two scoring shots going to the boundary, as Australia flirted with the line between aggression and cricketing suicide.

Prior could have sent his opposite wicketkeeper packing after Haddin got a underside edge off an attempted pull-shot,
only for England to see the chance grassed.

Jimmy Anderson began earn some reverse swing that clearly was not there for him on the first day as the Three Lions pushed for more wickets before lunch.