Home side tightens its grip on the match and the Ashes early at Lords.

England are well on their way to wrapping up a 2-0 lead in the Ashes as they took vital early wickets in the Australian second innings, to see them plummet to 43-3 at lunch on day four.

Still trailing by 535 runs, the Australian top-order failed again as Graeme Swann and the seamers made the most of the conducive conditions.

Earlier in the day and England resumed with Joe Root at the crease and on the brink of scoring his first Test double century.

His batting partner Jonny Bairstow departed soon after the start of play when Ryan Harris got a ball to bounce more than normal, with the Yorkshireman looking to cut too close to his body.

As a result he gifted a simple chance to Brad Haddin behind the stumps to make the  score 344-6. 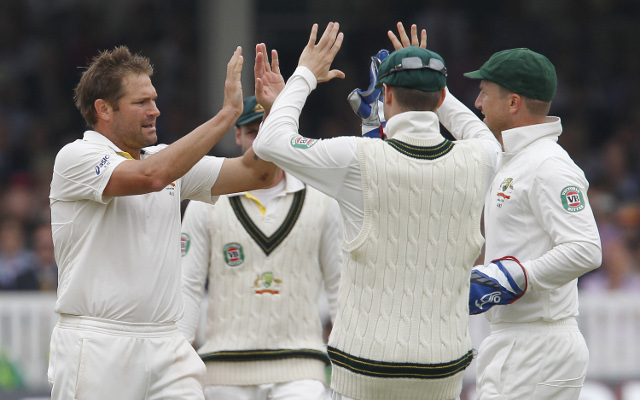 Australian skipper Michael Clarke changed his field regularly to give a single to the new man at the crease, before trying to dry up the runs for Joe Root.

The game plan was to draw out the time take for Root to reach his double century and increase his side’s chance of eeking out a draw.

Root’s innings came to an end when an attempted ramp shot with the ball lobbing into the hands of Harris at third man.

As a result of Root’s dismissal, England captain Alastair Cook called in his men and declared on 349-7 to see Australia the unlikely target off 583 for victory.

The target is the 18th highest in Test history and of the 17 above them, there were only three draws.

Watson again fell victim to an LBW decision off the bowling from Anderson from an in-swinging ball, and unlike the first innings he decided  not to review it.

After another brief innings where Watson looked to be scoring freely, he departed for 20 off 23 as Australia fell to be 24-1.

Chris Rogers was bowled by a ball from Swann that went on with the arm, with the left-hander watching as it hit the top of his off-stump. 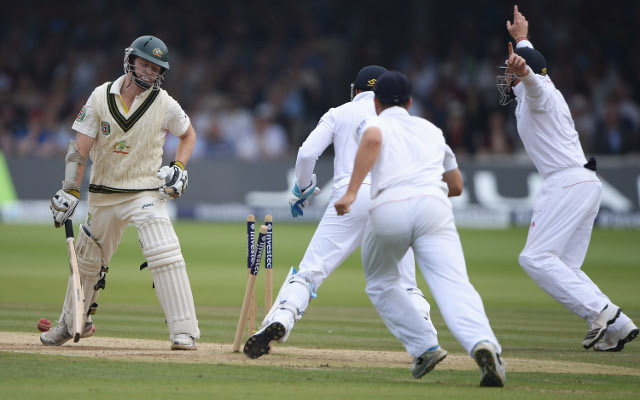 Gone for just six and his side slumping to be 32-2, Australia’s bid of drawing the game looked lengthened.

With two left-handers, in Phil Hughes and Usman Khawaja, at the crease and Swann bowling around the wicket, Alastair Cook went on the attack with four men around the bat.

Swann then struck Hughes in line but chose to review the on field call of out with all evidence showing no inside-edge and the ball going on to hit the stumps as Australian plummeted to 36-3 still 547 short of victory. 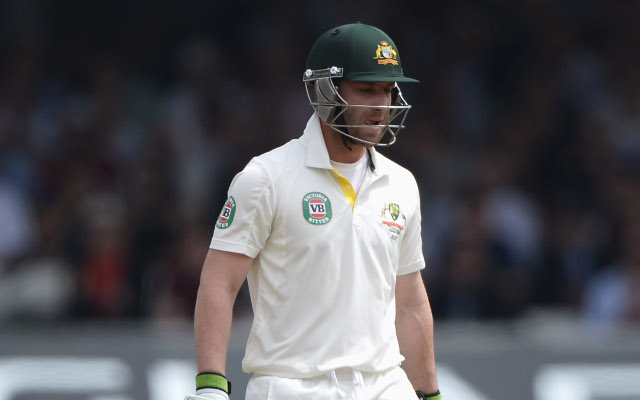 Matt Prior missed a stumping chance against Australian captain Michael Clarke, in what would
have been a further crippling blow against the side and their best player of spin.

Clarke and Khawaja survived until lunch on 11 and eight respectively as the touring side battles desperately to save face as much as the Test match.