Three Lions well on top as tourists crumble after lunch.

Australia have crumbled to be 96-7 at tea on day two of the second Test at Lords, with the home side in the box-seat to win the Test and take a 2-0 lead in the series.

In what can only be described as a horror show for the Australians, they lost 54-6 in the session and still need 265 to make England bat again.

Resuming at 42-1 after lunch, Australia lost another wicket in bizarre circumstances when a full toss by Graeme Swann struck Chris Rogers on the arm and was given out LBW.

Rogers (15) looked like he might review the decision, but with Shane Watson using what was a frivolous review before lunch, he declined.

Ultimately Hawk Eye showed that the ball would have gone on to finish down leg in what was just the latest example of Australia’s terrible use of the DRS system.

At 52-2 Australia could have been three down soon after when Khawaja edged a regulation catch to Jonathan Trott off the bowling off Swann. 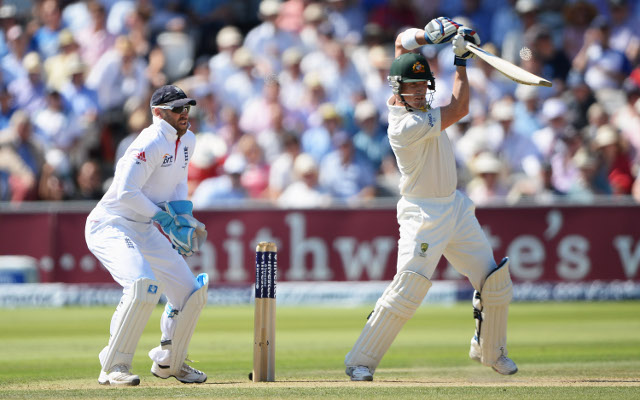 However, the away side did lose their third man soon after when Phil Hughes swished at a wide ball from Tim Bresnan, with the Australian batsman electing to have the decision of out reviewed.

Despite evidence from Hot Spot not being conclusive, there was enough of a nose as the ball passed the bat for the third umpire to uphold the decision made on the field and Australia fell to be 59-2

As a result of Hughes’ decision to challenge, his team have no more referrals for the rest of the innings. 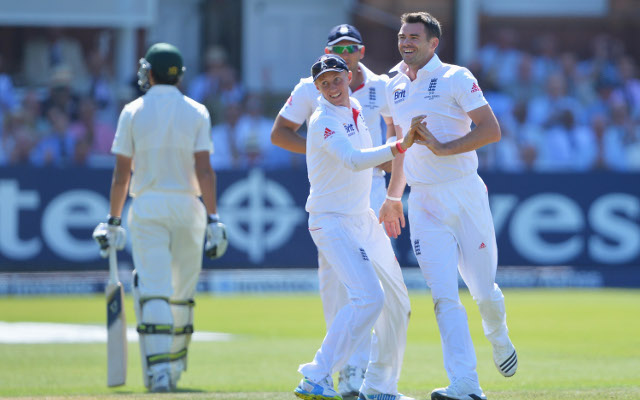 Australia then suffered a further blow, when out of nowhere, Usman Khawaja tried to break the shackles but only managed to hold out off the bowling off Swann at mid-off.

Despite his side’s top-order slumping again, Michael Clarke was positive early in his innings as he looked to take the fight to the England side.

England tightened their grip on the match when Steve Smith popped a ball to Ian Bell close in off the bowling of Swann as the score plummeted to be 86-5.

Australia crumbled even further when Clarke was struck by Broad plumb in front, as the innings
became a disaster 91-6

As if the innings for Australia could not get any worse, Ashton Agar, the hero of the Australians fightback in the first innings at Trent Bridge, was run out for just two after being turned back.

Brad Haddin (2no) and Peter Siddle (1no) will resume their innings after the break.