Home side strikes just before Tea to be on the brink of victory.

Three late wickets to England has put them on the cusp of securing their second impressive win this Ashes series, as they enter tea on day four.

Australia had been looking solid at the crease for much of the session thanks to a partnership between skipper Michael Clarke and Usman Khawaja.

But wickets to Joe Root and Tim Bresnan put the home side back on the front foot as they look to close out the Test inside four days with the tourists 136-6 still needing 447 to win.

Earlier in the session, the pitch at Lords actually got quicker after lunch, and while the England bowlers still looked threatening, Clarke and Khawaja started to look more comfortable.

Khawaja began to play Swann as late as possible in order to give him time to read the spin off the pitch.

However, periodically, the off-spinner would get a ball to rise and turn out of the footmarks creating doubts in the Australian’s mind as to what line he should play.

Stuart Broad tested Clarke out with several short balls, with the Australia skipper wearing two on the body and one right on the badge of his helmet. 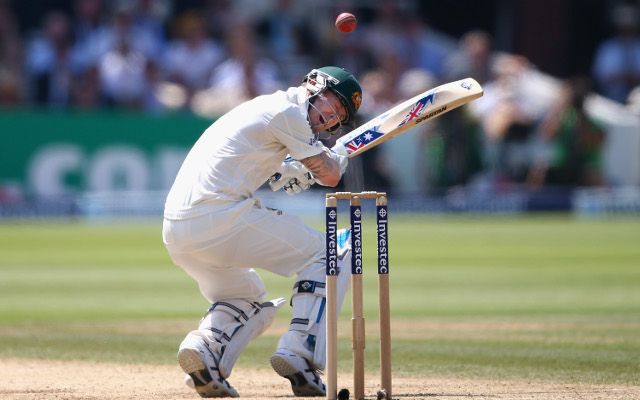 The Australian skipper did not look comfortable against the bouncer but England captain Alastair Cook did not bring in a short-leg to support the change in game plan.

A hook-shot from Clarke brought up the 50 partnership as the pair continued to try and take back some of the momentum of England.

As the partnership continued to flourish, Cook threw the ball to Joe Root in the hope he could pry out a wicket with the decision for soon to bare fruit.

Khawaja recorded his second Test century with a nudge into the on-side as the score moved to 121-3. 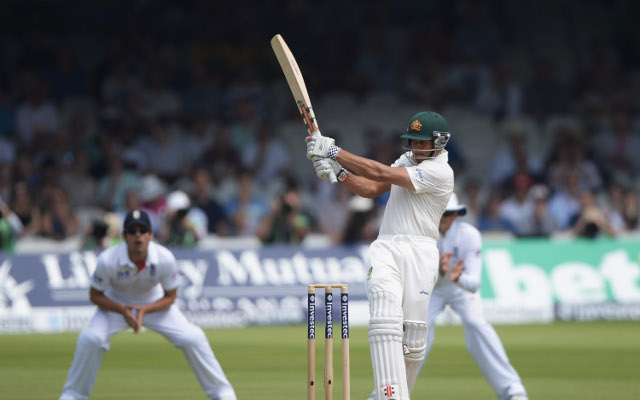 The left-hander then was the subject of an appeal after a ball from Root, who was bowling around the wicket into the footmarks, flew high and fast to first slip.

Despite the confident shout and the subsequent call of not out, the England team did not refer the decision, with replays showing the ball had spun too much and the Australia had hit the pitch with the bottom of his bat.

Clarke then joined his batting partner on a half-century as the Australian side, ever so slowly, clawed their way away from a capitulation.

However, Clarke departed soon after when he glanced a ball from the bowling of Root with the England captain taking the chance to see him go for 51 with the score on 134-4. 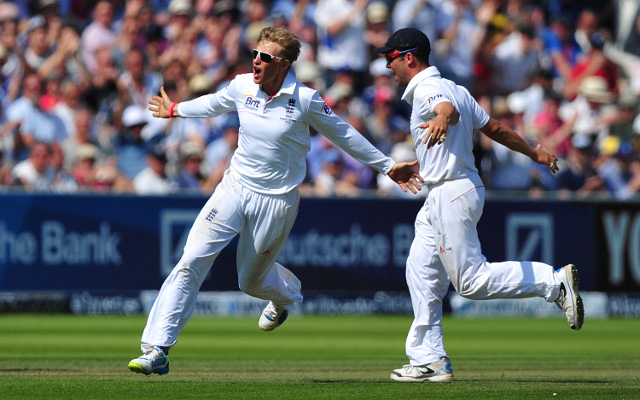 The budding partnership took the touring side back to the brink of having self-belief that the pitch still did not hold any demons in it and long innings could be played.

But it was excellent captaincy to not just bring on Root but place himself at the vital position of leg-slip.

Root looked to have taken his second scalp, when first slip claimed a bobbled catch off Khawaja.

The appeal was turned down and Cook reviewed the call, with the on-field decision being upheld and Khawaja survived.

But the Australian batsman’s reprieve did not last long as an edge from Khawaja flew to gully leaving no doubt to see him out for 54. 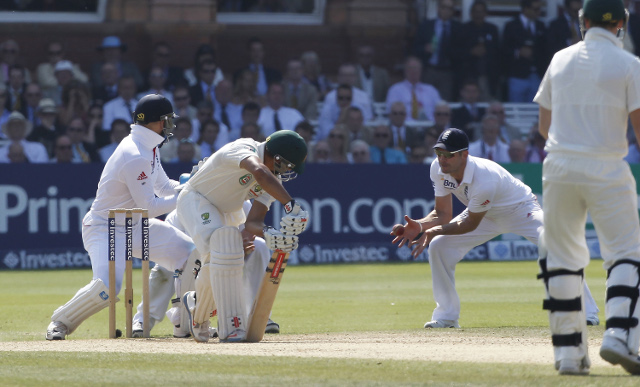 The 98-run partnership between Clarke and Khawaja became a distant memory as Australia fell to be 135-5.

Steve Smith (1) was the last wicket to fall before lunch as he got an inside edge off Tim Bresnan with the Australian batsman calling for a review straight away.

Hot spot showed a slight mark on the bat and the sound synched up as Australia lost another man on the brink of tea.