Stoic counter-attack by Australian tail-end sets up a thrilling finish.

Australia require just 20 runs with a wicket in hand to secure the first win of the Ashes series, after an enthralling first session on day five at Trent Bridge.

England looked set to wrap up the game well before lunch, however, a stoic last-wicket stand by Brad Haddin and James Pattinson put on an unbeaten stand of 61.

With the game’s last day offering shades of 2005 at Edgbaston, James Anderson looms as the key figure of the afternoon session, having taken nine wickets in the game to date.

England continued to turn the screws early on the fifth day as James Anderson and Graeme Swann finding their line and length in their early overs.

Matt Prior stood up to the stumps off the bowling of Anderson in a bid to keep the Australians in their crease, increasing the chances of a LBW decision.

England elected to take the new ball in the 82nd over, and Alastair Cook hoped for more success than Michael Clarke experienced the previous day.

Australia ran hard for any runs that were offered up to them in a bid to  make the most of the limited opportunities presented.

While Haddin made the most limited new-ball movement as he often lifted Jimmy Anderson over extra-cover and to the boundary the total required closed in on 100. 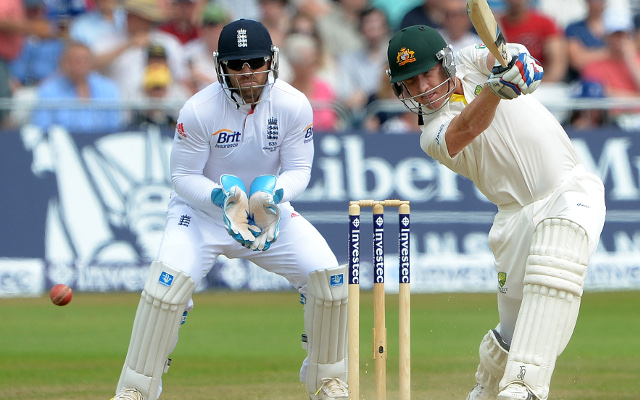 Anderson struck for England when, from around the wicket, he got the outside edge of Ashton Agar which carried through to Cook at first slip. 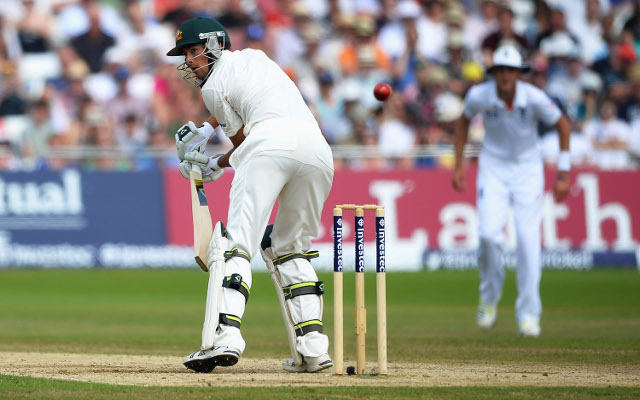 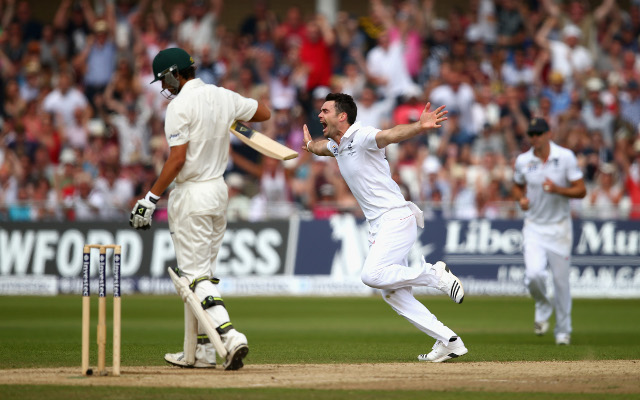 The solid partnership between Haddin and the teenager was broken with the score at 207-7 and the touring side still needing 104 for victory.

Australia made it 100 to win with a sliced drive by Haddin through the off-side as England continued to probe away with the new ball.

Anderson struck again when he removed Mitchell Starc for just one, with Australia falling to be 211-8.

Back-to-back boundaries by Peter Siddle gave the new partnership some impetus for Australia but there was still a long way to go.

Siddle gained a life with the score on 227-8 when an edge was dropped by Cook at first slip in what a tough chance, but catchable at Test level. 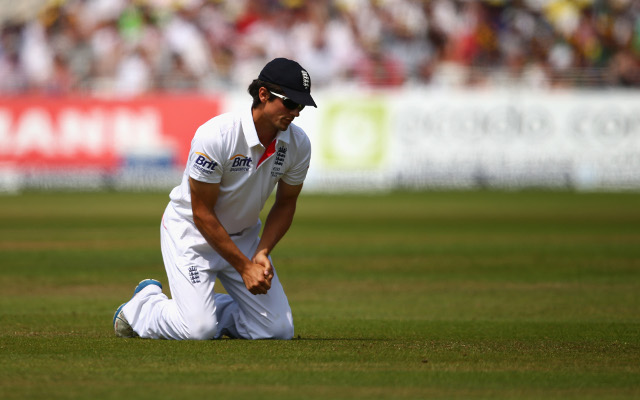 However, the English side did not have to wait long to correct their mistake as Anderson got the edge before Cook leapt high and to his right in a spectacular effort.

Haddin continued to play an excellent lone-hand, and struck three boundaries in as many balls off Steve Finn to bring up his half-century as the runs needed to win crept down to 51.

James Pattinson continued the amazing comeback as he belted Swann over long-on for six as the partnership between he and Haddin reached 50 off just 46 balls.

Anderson, who bowled 13 overs straight to begin the day, went off the field just before the lunch break with a potential groin injury or cramp.

However, he returned to the field soon after but did not look to be moving freely.

Haddin then sent a chill down the spines of his teammates when he was left stranded mid-pitch after a miscommunication in the call.

The Test match would have been over if Jonny Bairstow had been able to throw down the stumps at the striker’s end, but his throw was well wide and Australia survived.

A big shot but Haddin saw the ball fly through the hands of Finn in the deep with insult added to injury as the ball went across the boundary as the runs needed to win crept down to 22.

Australia eventually made it to lunch still needed just 20, with the promised finish set to burn its way into the minds of both Australian and English fans.