The under-pressure stopper saved well from Dejan Damjanovic’s second half header and it was hard to fault him for the forward’s well-taken goal soon after. Otherwise, a quiet evening.

Linked up well with clubmate Townsend on the right flank and hurt Montenegro with his surging runs and good range of passing. A silly second half booking – which will rule him out of the Poland match – took the gloss off.

A quiet night for the Chelsea man, who was reliable when called upon. His partnership with Jagielka continues to grow, which is a big plus for England.

Like Cahill, it was hard to fault Jagielka on a night where England did most of the attacking. Stevan Jovetic is good but Robert Lewandowski of Poland is likely to provide a sterner test on Tuesday.

Ashley who? The Everton man was excellent on the left flank, providing an outlet when needed. His set piece delivery was impeccable, as ever. 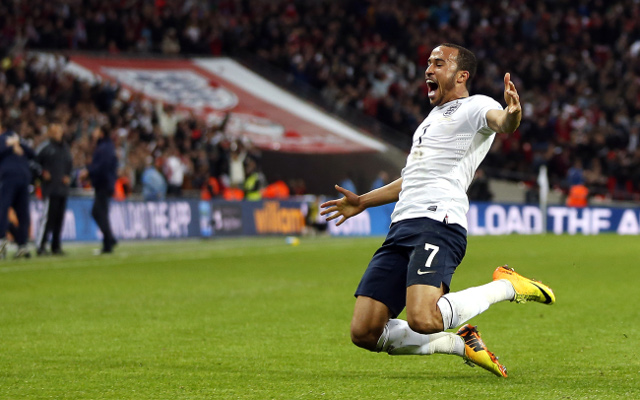 A stunning debut for the Tottenham flyer, who looked threatening whenever he got the ball. His goal was top drawer.

Has he ever had a great game next to Frank Lampard? The Liverpool captain was solid and had a couple of half chances in the first half but looked his age ever so slightly.

See above. Like Gerrard, Lampard was not as influential as normal, on a night when the wide men out shone those in the middle. The Chelsea star squandered a good opening late on.

The Manchester United man was lively and always looking to receive the ball on the left flank. His link up with Sturridge and Rooney was particularly encouraging.

A well-taken goal after a fine first touch and a good overall performance from England’s talisman.

Showed glimpses of his brilliance and was a constant handful for the Montenegrin defenders. The Liverpool star deserved his late goal.