Three Lions take an important 2-0 win in the series after monster victory at Lords.

England has taken a massive step towards retaining the Ashes after winning the second Test of the series by 347 runs against Australia at Lords.

It was complete domination from the home side as their consistent bowling attack smothered the Australian top-order, which again failed to deliver.

Soon after the resumption from the tea break, a full ball from Tim Bresnan saw Ashton Agar edge through to Matt Prior. 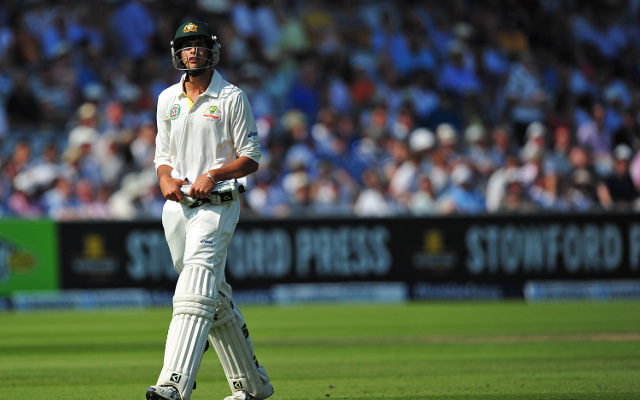 A call of not out from the on-field umpire was referred from Alastair Cook straight away with Hot Spot showing no sign of an edge.

However, the decision was controversially reversed with the third umpire saying there was a deflection off the bat.

Agar stood bemused at the decision for a second and even asked the umpire why the decision was revered as he walked off the field. 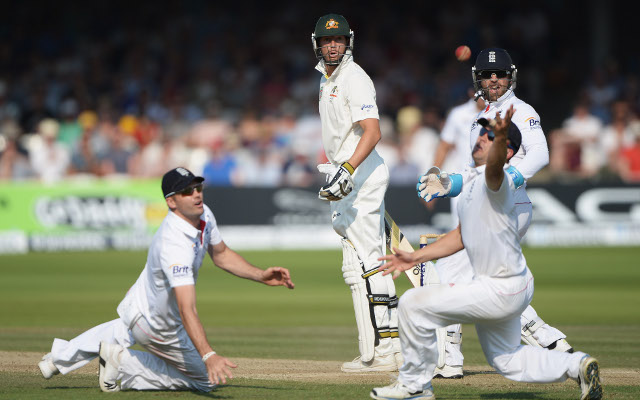 Brad Haddin was the next to go when he misjudged the line of a ball from Graeme Swann from around the wicket as it pitched in line and straightened.

The Australian ‘keeper did not offer a shot, which did not help his cause, with the finger being raised quickly seeing him depart for seven.

The visitors had no reviews left, but if they did they might have seen that ball turned just too much and would have missed leg-stump.

Joe Root’s good luck in the Test ran out when he dropped a simple chance at third slip, much to the frustration of Stuart Broad.

Peter Siddle did not offer a shot to a ball from Stuart Broad and England reviewed the call of not out, with Hawk Eye showing as umpire’s call, with the review being their last for the innings.

Jimmy Anderson made the old ball move and he knocked back the off-stump of Siddle who managed to make 18 off 62 balls. 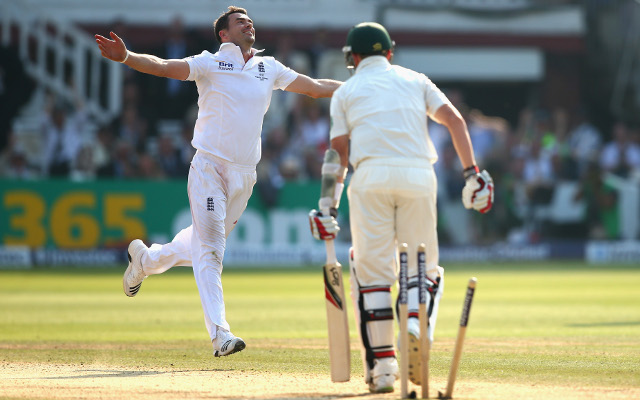 England moved to the verge of victory with just more wicket needed.

However, frustrating partnerships again at the tail of the Australian innings only delayed the inevitable, as Swann trapped Pattinson in front on the third last ball of the day.