Home side struggle to push on with rear-guard action early on day two.

Australia were all out for 295 in their first innings early on the second day of the first Ashes Test against England at the Gabba on Friday.

Brad Haddin top scored with 94 and Stuart Broad finished with six for 81, with Haddin the last man out after attempting a suicidal second run as he pushed to retain the strike.

However, somebody at Cricinfo wanted to have some fun with the scorecard. 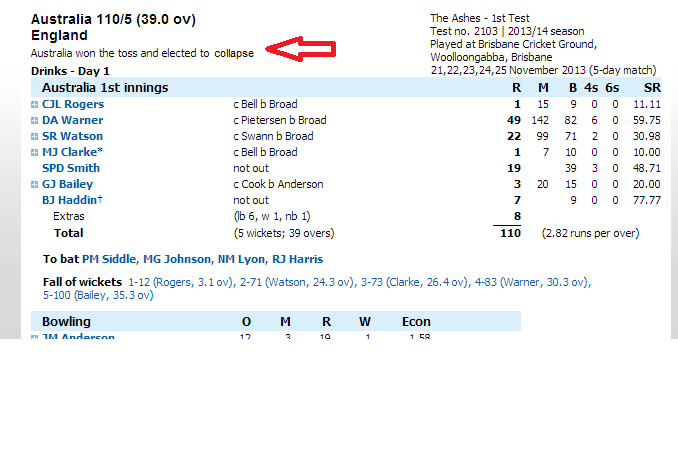