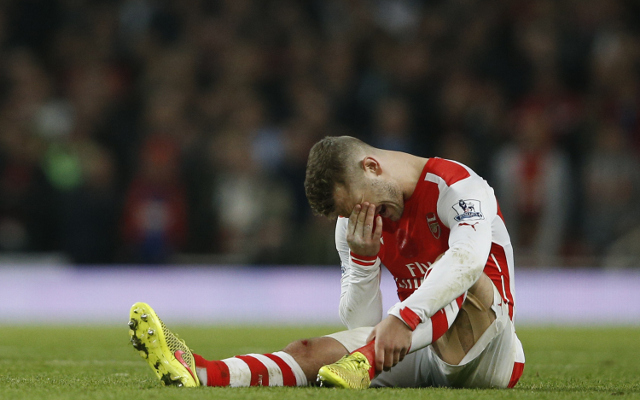 Another season blighted by injury for Wilshere, and you sense Arsene Wenger could elect to send the midfielder packing if he continues to be such an unreliable option.

Incredibly, Manchester City have emerged as potential suitors for the England international and he could be the latest big Arsenal name to rock up at the Etihad in the summer following the likes of Sagna, Nasri, Clichy, Adebayor and Kolo Toure, according to the Daily Star.

It seems City’s desire to comply by the Premier League’s imminent rejig of the FA’s homegrown player rules mean they are on the lookout for top, British talent and see Wilshere as a perfect, not too expensive candidate in that regard.