West Ham United midfielder Ravel Morrison is to step down from the Premier League to aid QPR in their push for promotion after agreeing a 93-day emergency loan spell.

Morrison’s move from east to west London will take effect formally on Friday and he could make his Hoops debut against Charlton Athletic a Championship match on Saturday.

QPR, bankrolled by Malaysian businessman Tony Fernandes, the man behind budget airline AirAsia and the Caterham Formula One team, are currently fourth in the table and four points adrift of one of the two guaranteed automatic promotion places. 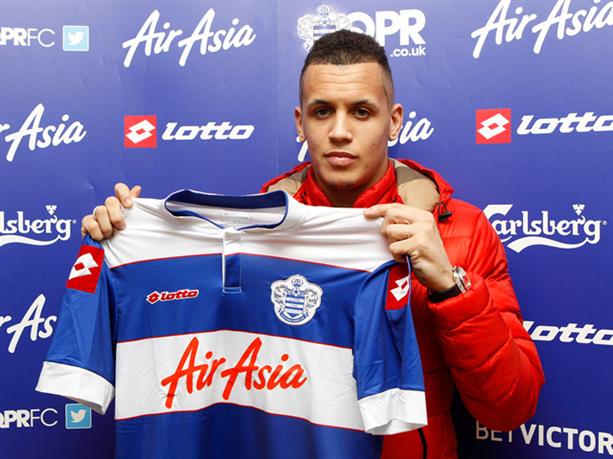 “I just want to help QPR get to the Premier League – that’s my only objective during my time here,” said England Under-21 international Morrison in a statement released by the club.

“If we manage to do that, it would be great for everybody connected with the club.

“All I want to do is play football. I just want to show everyone what I can do week in, week out.”

But he was released by the English champions, partly due to concerns about his behaviour, after making just three senior appearances for the Red Devils, all in the League Cup.

Morrison joined West Ham in a £650,000 deal in January 2012 and has since scored five goals in 22 appearances for the Hammers.

But eight days ago West Ham manager Sam Allardyce accused Morrison of exaggerating the extent of a groin injury that caused him to miss three successive matches.

“Listening to our medical staff, there is no problem that he can carry on – not at all,” Allardyce said. “He says he feels it occasionally. Instead of gritting your teeth and getting on with it… he’s not the type.”

Nevertheless West Ham have retained the option to recall Morrison after just 28 days of the loan.

Meanwhile QPR manager Harry Redknapp said he was in no doubt of Morrison’s talent.

“Ravel is fit and ready to play and I’m hoping he can come in and make an impact,” said Redknapp.

“He’s got fantastic ability, there’s no doubting that. He’s got great pace, can dribble and score a goal.

“He’s got everything. “We’re pleased to have him here.”