The 19-year-old, who turns 20 later this month, announced his big news on Instagram.

Willock posted a photo of himself putting pen to paper while sitting next to Louis van Gaal’s assistant manager, Ryan Giggs.

Willock, who has been compared to Juventus and France star Paul Pogba due to his appearance and style of play, joined United from Arsenal in 2012.

His two brothers – Chris and Joe – are still on the Gunners books. 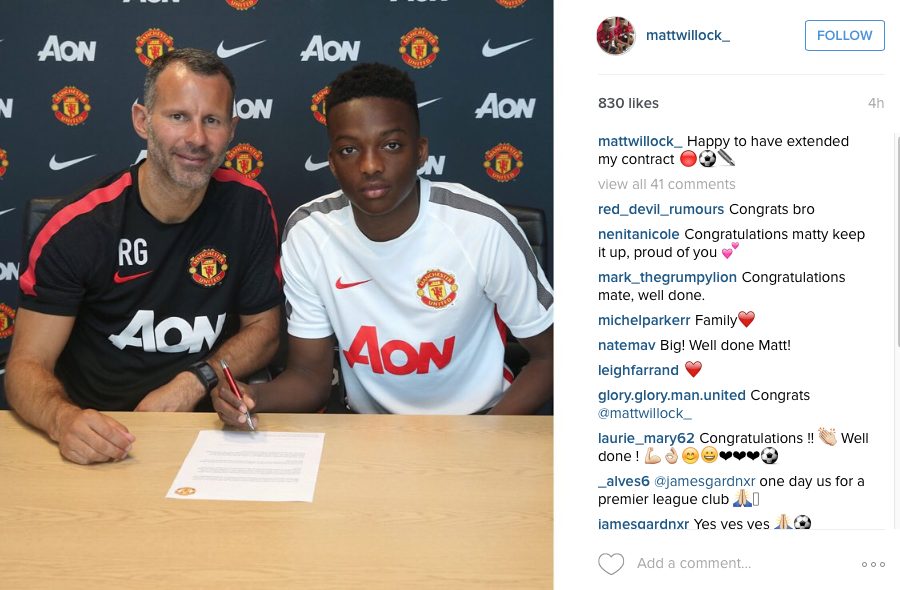