Chelsea need to sign a new left-back this summer to compensate for the loss of Filipe Luis, who left Stamford Bridge to rejoin Atletico Madrid last month.

Baba Rahman seems to be the man Chelsea will buy to fill the Luis-shaped void.

Luis is not the only left-back Chelsea have moved on this summer.

Attack-minded full-back Cuevas, who can also play as a winger, was sent out to Belgian outfit Sint-Truiden.

He has yet to play for the Stamford Bridge club’s senior side.

Since joining Chelsea, Cuevas has been loaned out to Vitesse, FC Eindhoven, Club Universidad de Chile and now Sint-Truiden.

Cuevas has been capped 15 times by Chile at Under-20 level in the past three years, scoring four goals. 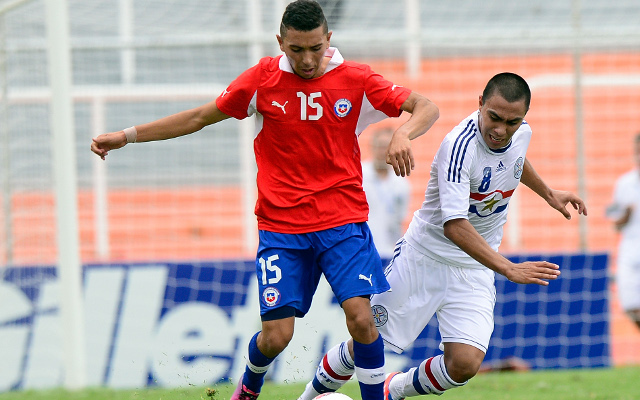