Jacksonville Jaguars outside linebacker Dante Fowler Jr. is not the only rookie to enter the NFL with the worst luck possible right off the bat.

Just a day after he was ruled out for the entire 2015 season, Denver Broncos tight end Jeff Heuerman tore his ACL in rookie minicamp and was subsequently ruled out for the season as well, according to NBC Sports.

Heuerman had injured his knee while running in a special teams drill, and he was carted off the field.

This injury marks a potentially big blow to the Broncos offense, which may be seeing the last year of quarterback Peyton Manning.

Heuerman was drafted in an effort to replace Pro Bowl tight end Julius Thomas, who departed in free agency to the Jacksonville Jaguars.

The Broncos will have to lean on Owen Daniels at the tight end position now. Fortunately, he brings familiarity to the Broncos offense since new head coach Gary Kubiak previously worked with him in Houston. 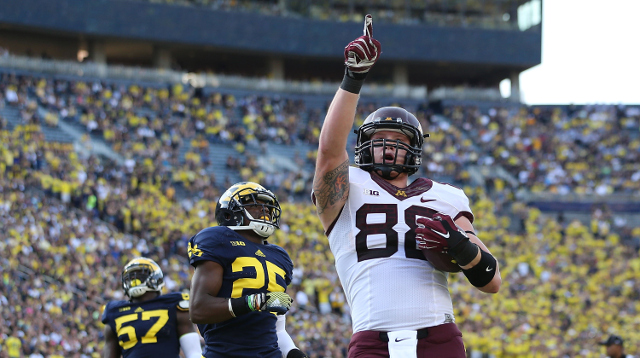