It may finally be the day on Friday that David De Gea is officially unveiled at Real Madrid.

It is believed that the club will present the world-class keeper on a large stage on Friday, since Real has canceled all stadium tours for that day. The exact same stage was used when the club introduced Gareth Bale in September 2013. 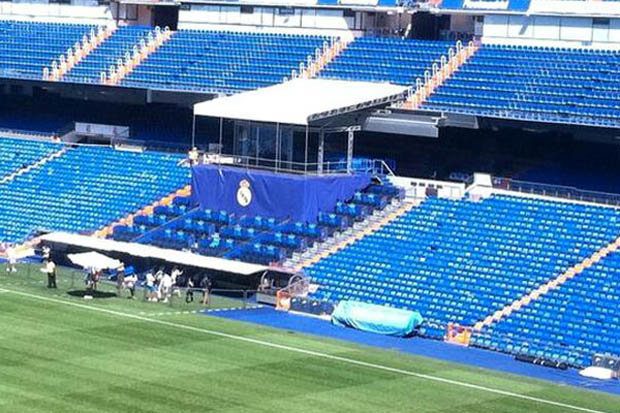 Of course, it hasn’t been confirmed that De Gea is the player that the stage is being put up for. But he does seem set for Madrid, with odds now as short as 1/12 on the move happening this summer, while many bookmakers have suspended betting on the market.

There is a possibility the stage is for former Porto full-back Danilo, who agreed to join Los Blancos earlier this year.

Danilo is away on vacation at the moment though, which makes us believe De Gea is the worthy candidate.

If is is De Gea, it is reported that Manchester United will replace him with Tottenham’s goalkeeper Hugo Lloris and Iker Casillas will make the move to White Hart Lane.