Representative star set to be named in weekend’s side to play Newcastle.

After being sent to the rugby league wilderness for a fortnight, it appears David Taylor has done enough to earn a recall to the NRL for round seven.

Taylor was suspended for two weeks by the Gold Coast Titans after a number of off-field related matters which were kept in house.

The Kangaroos and Maroons star played for the Titans’ feeder club Tweed Heads last weekend as part of the Queensland Cup and produced some impressive numbers.

Impressive enough for Gold Coast boss David May to give him the green light to be picked in first grade again if coach John Cartwright wishes to.

However, May went a step further to predict Taylor will again be a star this Origin series if he continues to show an improved mental application to training and the responsibilities of being a professional athlete.

:We put a series of sanctions in place that we thought was in keeping with what he had done,” May said. “He responded so as far as we are concerned that is the end of it.

“He has admitted to the mistakes he has made.

“We think the way he has reacted is exactly what we would have looked for.

“If he continues to focus on his football then I have no doubt he will be playing representative footy before long.”

The Titans will be looking to consolidate their place in the top eight when they take on the Knights, who be looking to string together back-to-back wins, after edging out Penrith in round six. 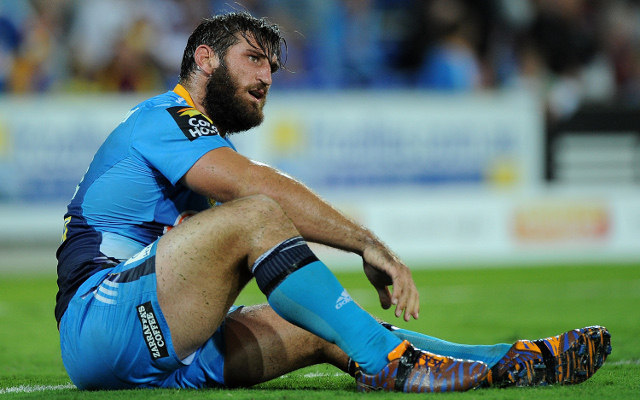