A big goal by Danny Ings to open up the second half proved futile against Norwich City as Russell Martin got the equaliser and sealed the Canaries a 1-1 draw against Liverpool.

The ex-Burnley striker has arguably been one of the less-hyped summer signings by Liverpool, but earned his paycheck as a substitute for Christian Benteke at half time. His impact was immediate:

Ings’s first Liverpool goal earned him a solid 8/10, but the man he replaced had a rather poor performance which sees him at the other end of the spectrum in our Liverpool player ratings.

Here, fanatix assesses how the Anfield outfit performed on a disappointing day for Brendan Rodgers…

No need to lynch Mignolet for an otherwise decent outing after a defensive breakdown allowed Martin to score Norwich’s equaliser. 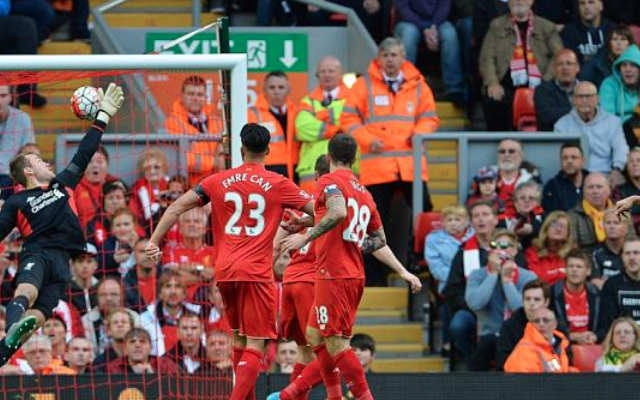 Three tackles and four clearances capped a decent day for Sakho after he was preferred to Dejan Lovren. One bad mistake does not entirely diminish his otherwise solid display.

It was three tackles and three clearance for Skrtel, one which almost led to a goal for the Reds. But it was his mistake from the Norwich corner which cost his team much-needed points.

Managed a shot, a tackle, a whole bunch of clearances and drew two fouls upon slipping back into the defensive three. It was a rough second half, but Can did his part as well as anyone could ask.