UFC president says enough is enough for ‘Big Country’ and his facial hair.

Daniel Cormier was the first and now UFC president Dana White has joined the calls for Roy Nelson to trim his now trademark beard.

The UFC heavyweight has become a fan favourite in recent years for his knockout power, round stomach and and now his facial hair.

But it’s enough for White, who says Nelson, who he has clashed with on several occasions most recently regarding a new contract, to say cut the beard.

“I hate that whole, ‘You can grow a beard down to here and still fight in MMA,'” White said.

“It’s not even allowed in boxing, and they don’t go to the ground and have side control.

“Who would want that thing laying on their face? Seriously? That long, nasty, ratty looking thing in your mouth, rubbing on your face … I mean, it’s ridiculous. They shouldn’t be allowed to have beards that big. If you want a beard, trim that thing down and make it look normal. Disgusting.”

Cormier (12-0 MMA, 1-0 UFC) said he would file a complaint with the Texas Department of Licensing and Regulation to force Nelson (19-8 MMA, 6-4 UFC) to clean up his signature beard. 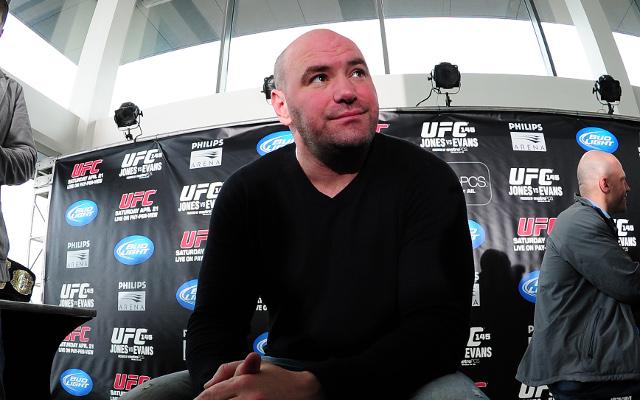