Former LSU offensive tackle La’el Collins was well on his way to becoming a first-round pick in the 2015 NFL Draft, but instead found himself undrafted – the fact that police planned to question him in a murder investigation no doubt putting franchises off.

Collins’ ex-girlfriend, Brittany Mills, was murdered while she was pregnant. Collins is not being considered a suspect, but his name will not be officially cleared until he is done being questioned by police.

This caused NFL teams to be wary of Collins, despite his talent. However, the Dallas Cowboys have decided to take a chance on Collins with a three-year contract worth $1.7 million.

This marks a low-risk and potentially high-reward signing for the Cowboys, who fielded the most dominant offensive line in the league last season.

They already have a Pro Bowl left tackle in Tyron Smith and a solid right tackle in Doug Free, but Collins will provide quality depth in place of Jermey Parnell, who cashed in with a five-year, $32 million contract with the Jacksonville Jaguars.

Collins may even become an eventual starting right tackle for the Cowboys since Free is 31 years old and has three years remaining on his contract. 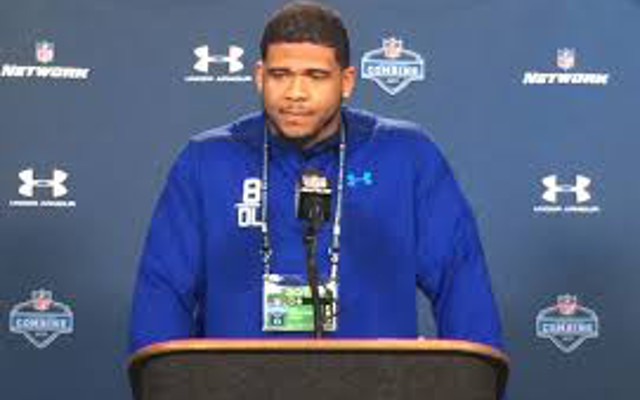