Kevin Phillips’s extra-time penalty gave Crystal Palace a 1-0 win over Watford in the Championship playoff final at Wembley on Monday afternoon, and with it a place in next season’s Premier League for Ian Holloway’s men.

The Championship play-off final is said to be the richest game in world football and promotion to the English elite will reportedly swell Palace’s revenue by up to £120 million ($181,000, 140 million euros).

Palace last played in the Premier League in 2005, the last of four single-season stints in the top flight, and join Cardiff City and Hull City in graduating from the Championship this term.

Zaha was a torment to the Watford defence throughout a scrappy game and will now link up with United, in a move that could be worth up to £15 million, having fulfilled his ambition of guiding Palace to promotion.

A crowd of 82,025 turned out for the final game of the English season, with Real Madrid coach Jose Mourinho among those in attendance, fuelling speculation that his return to Chelsea is now a matter of time.

In a cautious first half, Zaha was the electrifying star turn.

He produced three dazzling runs down the right flank, the last of which culminated in a cut-back for Owen Garvan, whose shot was blocked.

By that stage Palace had already lost Kagisho Dikgacoi to an apparent calf injury, with Stuart O’Keefe coming on in his place.

There was little evidence of Watford’s slick passing football, and when space in front of goal did open up for striker Matej Vydra in the 33rd minute, Damien Delaney intervened with a crucial sliding block.

Vydra gave way for Alex Geijo at half-time, and although the new man mustered the game’s first effort on target, in the 57th minute, it was a scuffed shot straight at Julian Speroni.

The tension grew more and more palpable. Palace striker Aaron Wilbraham was sent clean through but cut inside and saw his shot blocked, before O’Keefe was booked for kicking the ball at Almen Abdi.

Gradually, Palace began to turn the screw, and Watford goalkeeper Manuel Almunia was called upon with steadily increasing frequency.

The former Arsenal goalkeeper thwarted Palace on five occasions in the closing stages, saving from O’Keefe, Garvan and Wilbraham, twice, before plunging to his left to grasp a Mile Jedinak header in stoppage time.

Zaha’s dart into the box provoked a rash swipe from Cassetti and after referee Martin Atkinson pointed to the spot, Phillips swept an unerring penalty into the top-left corner.

Fernando Forestieri almost sent the game to penalties at the death, but although his shot beat Speroni, Joel Ward was on hand to head the ball off the line and safeguard Palace’s return to the big time. 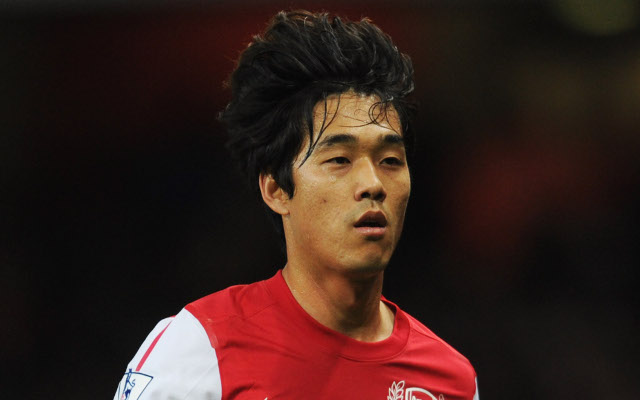