A double to Andrew Fifita gets his side home in the end.

The Cronulla Sharks have staved off a late comeback by the Wests Tigers to win their round 17 clash 36-22.

Starting out the better of the two sides and Cronulla scored through Wade Graham to cap off his 100th NRL game to give them a six-point lead.

Nathan Stapleton crossed for his fourth try of the season as the lead double and soon was out to 18, when Luke Lewis, playing in the centres, scored with Todd Carney continuing his perfect night with the boot.

Andrew Fifita began to terrorise his former side as he scored his first for the game as the game quickly got out of hand for the visitors at 24-0 after just 36 minutes. 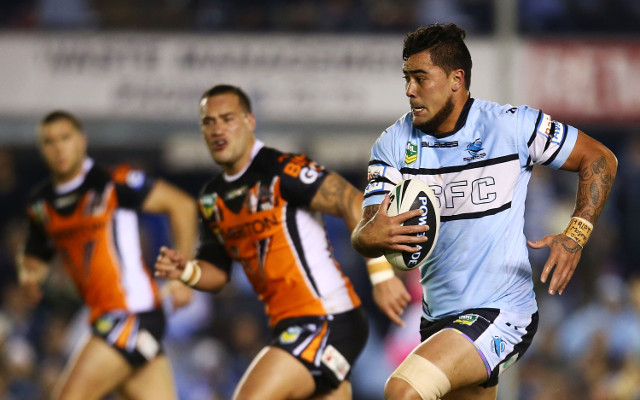 The comeback continued for the Tigers when Bodene Thompson scored his first try for the year, but Benji Marshall’s conversion was waved away to make the margin 14 in favor of the Sharks. 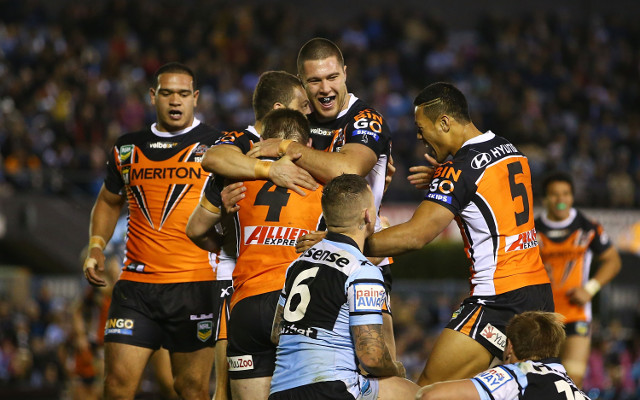 Farah was again in the thick of the action in the 54th minute when a clever kick found Tim Simona as the Tigers closed to within eight.

Cronulla steadied the ship soon after through Jayson Bukuya before Simona scored his second for the game as both sides wrestled for control of the second half. 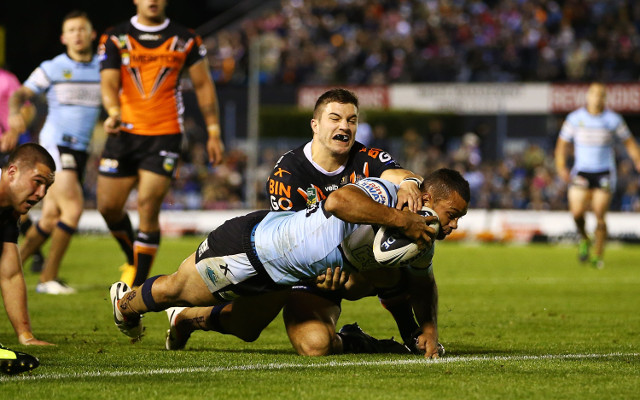 The crucial try came from Fifita who stormed his way across the line with just four minutes to snuff out any chance the Tigers has of taking away two points from the game.

Victory for Cronulla has seen them jump into fourth on the ladder after the first day’s worth of games in the NRL, as the Sharks look to keep their momentum when they play Brisbane on the road next weekend.

The Wests Tigers will have a chance to lick their wounds next weekend with the bye before hosting the New Zealand Warriors in what will be a make-or-break game for their season.