NRL side puts ASADA investigation into the background after impressive win.

The Cronulla Sharks have put another week of turmoil behind them after their impressive 38-10 win over the Penrith Panthers.

With the Australian Sports Anti-Doping Authority again ramping up its investigation into the club’s supplements program, the Sharks let their football do all of the talking.

Cronulla surged to a massive lead just after half-time as they cruised to through a deserving five tries to two victory.

A tight opening 20 minutes saw the flood gates open for the home side as they opened their account for the day with a try to fullback Michael Gordon.

A penalty to Todd Carney, who was the Sharks’ best, saw the lead grow to eight before the playmaker scored and converted his own try to make the margin 14.

Cronulla took a commanding 20-0 lead into the break when Sosaia Feki scored his fourth try for the season. 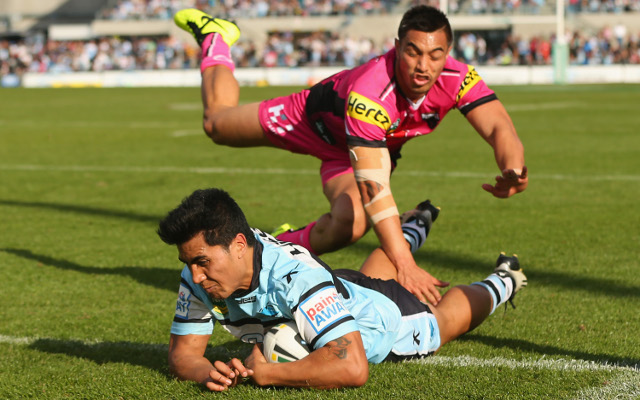 Gordan bagged a double in the 46th minute as they score looked set to be above 40 as the Sharks showed they are amongst the most dangerous side in the NRL when everything clicks for them.

A double to James Roberts put some respectability into the scoreline to take his season tally to six, but at 26-10 that would be as close as the Panthers would get to victory.

A linebreak by Carney saw him set up Ben Pomeroy for his first try of the season as the game resumed being one-way traffic to the Sharks with Feki bagging his second for the afternoon to complete the rout. 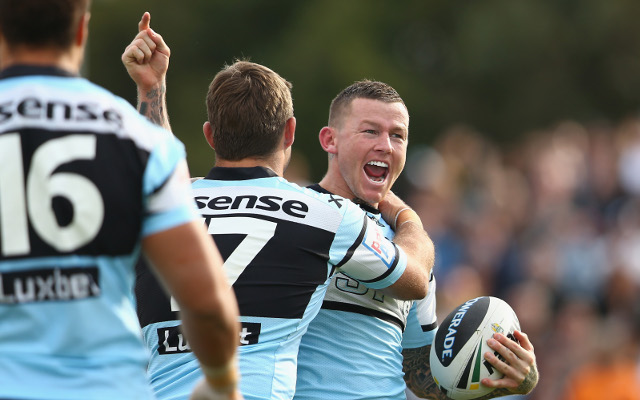 Penrith had 53 per cent possession for the game but their inability to get to the end of a set, with 11 incomplete in the game, giving the Sharks all the chances they needed to score.

While the Sharks were hardly perfect in defence, with 31 missed tackles, the Panthers were much more their own worst enemies with 42 missed chances.

Cronulla sit in sixth after the big win, but a worrying sign for the side, they still have a negative for-and-against which could come back to haunt them late in the season.

Shane Flanagan and his side will be looking to improve that when they take on the ever-improving New Zealand Warriors at Mount Smart Stadium next weekend.

Penrith will have plenty of work to do mid-week before tackling the red-hot Sydney Roosters at home in round 21.