Brisbane coach says certain standards must be kept for the rest of the season.

Brisbane Broncos coach Anthony Griffin said young fullback Corey Norman will continue to be selected in his side if his performances are warranted.

Griffin’s statement comes after Norman announced he will be joining the Parramatta Eels on a three-year deal starting from 2014.

The situation echoes the 2001 decision of centre Justin Hodges to declare he would be leaving Brisbane for the Sydney Rooters, with the news seeing then coach Wayne Bennett drop him to reserve grade for the last few games of the season.

Norman is a product of the Broncos system and considerable time has been put into his development, and Griffith said he will be picked in the number one jersey as long as his commitment to the club continues.

“I had a chat to him about that, if he plays well and contributes to the team he’s still an important part of our team for this season,” Griffin said

“We put a lot of time and effort into producing players but that’s modern football and the salary cap is there to share talent.

“We have done all we can within our powers to keep him here.”

In a further boost to the Broncos for this weekend, Queensland star Hodges has again been named in the run-on side and is expected to tackle the Storm.

Hodges, who has been battling a hamstring strain, was named to play last round against the Roosters but withdrew at the last minute.

Brisbane will breath a sigh of relief if they are able to score first this weekend, after being held scoreless in their dour 8-0 loss in round three.

If Brisbane is to pick up the two points they will need to nullify Melbourne halfback Cronk who has been in sizzling form through the first three rounds of the season. 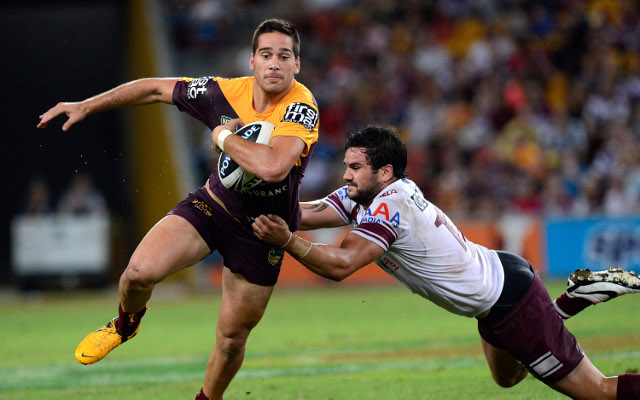