To mark GCSE Results Day – as 16-year-old West Ham United defender Reece Oxford sweats along with thousands of teenagers nervously waiting to discover what grades they have got -bookmakers Bwin have created a dream XI of the cleverest Premier League players ever.

Even if Oxford gets A*s across the board, he isn’t getting into this team, which features past and present stars of Arsenal, Chelsea, Liverpool and Manchester United. 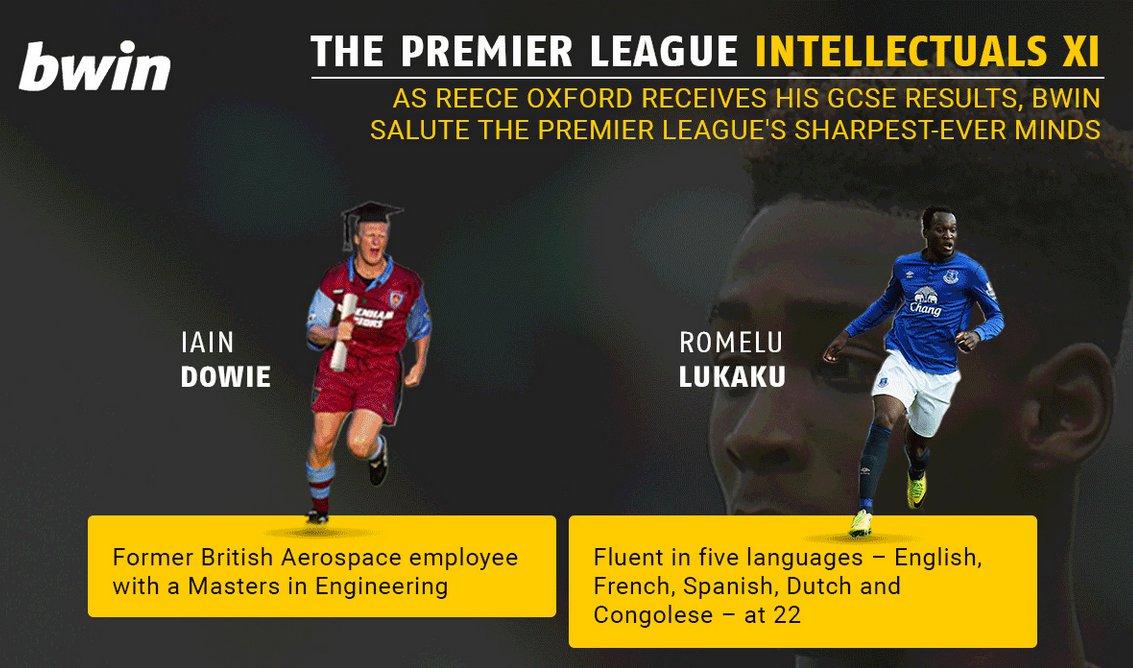