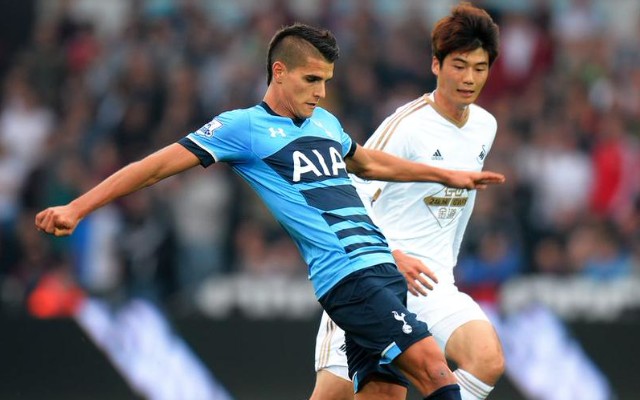 Tottenham’s most consistent performer this season was absolutely furious when he was harshly booked late on in the match – his fifth of the season meaning that he is suspended for the visit of Liverpool in a fortnight’s time.

On the week that he was called up to the senior England squad for the first time, the 19-year-old put in another impressive display. Always willing to travel with the ball and tested Fabianski with a stinging shot.

The Argentine has been much improved of late, but could not have a significant impact on this game despite lovely touches here and there. Failed to give Walker any defensive support and was hooked on 55 minutes.

Similarly to Lamela, the Belgian involved himself in the occasional flowing Spurs attack, but he did not do enough before his second-half withdrawal.