He might not have scored through 15 weeks of this NRL season, but Chris Houston picked a good time to cross the stripe not once but twice, as the Newcastle Knights beat Canterbury 18-12 in Mackay.

It was an unhappy homecoming for Bulldogs star Ben Barba, who has made a habit of leading his side to impressive wins in the north Queensland city since the NRL has taken annual games there.

But in a close and often brutal game, the Knights hung on for an important win which has seen them move up into sixth on the ladder while the Bulldogs slip to ninth.

Houston got the ball rolling for his side when he crossed in just the fourth minute to give his side a 4-0 lead. 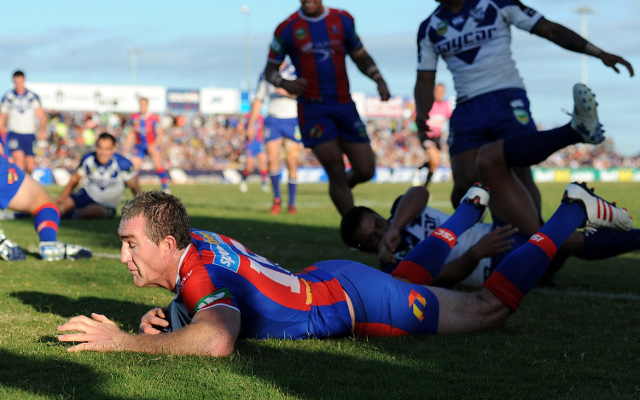 Josh Reynolds got the Bulldogs on the board just five minutes later, but with a stiff breeze blowing it was a tough day for goal-kicking as the normally reliable Trent Hodgkinson missed.

Try-scoring machine James McManus scored his 16th for the season as the Knights made the score 8-4 before Krisnan Inu made sure the score went into half-time locked when he scored in the 37th minute.

Josh Morris gave the Bulldogs the lead soon after the break as he busted through four Newcastle
players to get across the line to make the score 12-8. 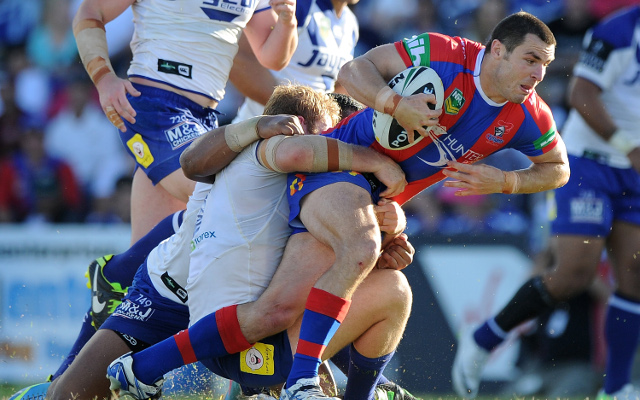 Barba sent a scare through the Bulldogs, and his hometown crowd in Mackay, when he went down clutching an ankle before re-joining the line.

The kicking games by both sides were below average as they opted to take poor options when they
got to the end of their sets of six.

The game stopped when the Bulldogs Mitch Brown copped a nasty head-knock after slipping into a Knights’ players knee in a tackle, but in good signs for the Bulldogs the winger walked from the field.

Newcastle leveled the scores up when Danny Buderus wound back the clock to dart out of dummy-half as he took on the Bulldogs pack.

Tyrone Roberts made no mistake with the conversion and the Knights put their noses in front at 14-12 with 20 minutes remaining.

The try for the Knights sparked them in defence as they hammered the Bulldogs coming off their line as they sought to win the territory battle.

Houston touched down after a chipped kick was batted back by a teammate to secure his second try for the game and an important six-point lead.

The Bulldogs opted for the short kick-off with 10 minutes left, and thanks to a Knights knock-on, they were given the chance to score again. 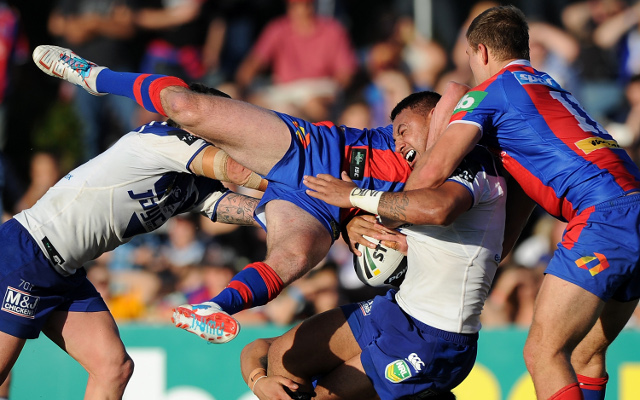 A mad scramble at the end of the game saw the Bulldogs earn three repeat sets of six, two of them after what should have been the final siren, but the Knights hung on to win 18-12.

Newcastle has the bye next round while the Bulldogs will look to break their two-game losing streak when they host the Melbourne Storm.