The Chicago Bulls sealed an important win on Saturday night, as they downed the Brooklyn Nets 96-85 at the United Center.

The Eastern Conference rivals, two of a handful of teams packed together in the playoff spots, knew the importance of a win and the Bulls did just enough to move to 34-25 for the season and above the Nets.

Joakim Noah, fresh from a monster triple-double during the week, was vital again on Saturday as he went for 21 points, 10 rebounds as well as five assists to lead the Bulls.

Noah has been instrumental for Chicago this season, and he continues to demonstrate why he was voted an All-Star last month as well as putting forward a strong case to be named Defensive Player of the Year.

Carlos Boozer added 20 points, while Brook Lopez had a team-high 20 points for Brooklyn but after a strong first quarter was unable to continue his streak as the Nets faltered.

Benefiting from the return to fitness of Kirk Hinrich, the Bulls finished with five players in double scoring figures and secured a confidence boosting win in the process shooting 52 percent from the field and going 14-of-14 from the free-throw line.

They now travel to Indiana to take on the Pacers on Sunday night in another crucial clash in their bid to keep up the pace and finish as high as possible in the East.

Meanwhile, the Nets head to Charlotte on Wednesday to face the Bobcats, hoping to snap a two-game losing streak. 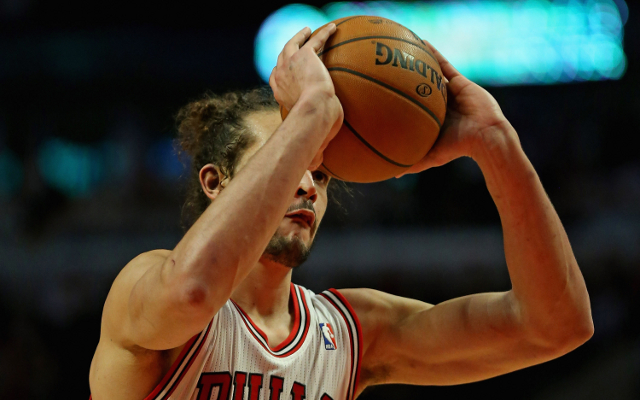