Chelsea midfielder Thorgan Hazard has turned his season long loan deal with Borussia Monchengladbach into a permanent one by penning a five-year deal for €8million, the Independent reports.

Thorgan joined the Blues in 2012, but failed to make a single appearance for the club and endured loan spells with Belgian outfit Zulte Wargem and Gladbach.

Chelsea confirmed the deal and also confirmed that they have included a buy-back option in his contract in case they ever want to bring him back to Stamford Bridge.

Having picked him up for just €500,000, the €8million fee sees the mark up on his valuation rise by a whopping 1500%, thus continuing their outstanding record at selling on players for much more then they cost. 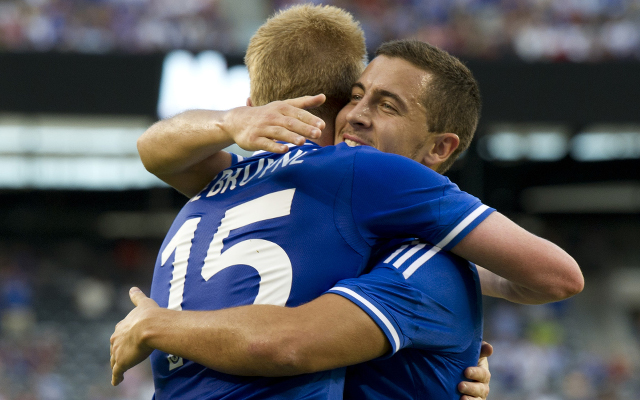