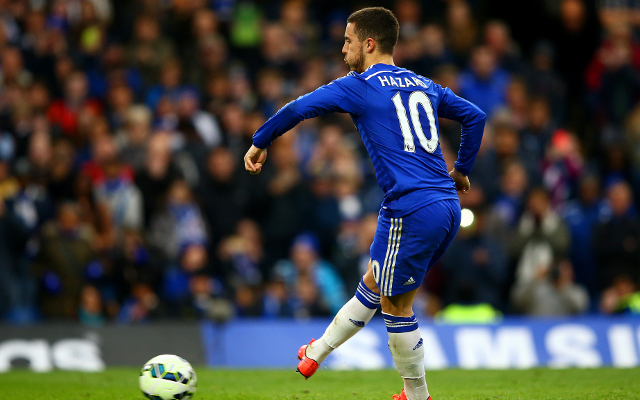 And Azpilicueta almost confirms the Blues conservative nature going forward on the flanks with Jose Mourinho perhaps preferring his full-backs to remain conscious of their defensive responsibilities ratjer than bombing down the field.

A better stat than last year and shows how much Hazard’s involvement in Chelsea’s pressing game and tracking back has improved under Jose Mourinho after accusations of laziness in seasons gone by.