Chelsea won the 2014-15 Premier League by a comfortable eight-point margin, so Jose Mourinho’s need for summer reinforcements was minimal.

Nevertheless, the Special One has added to this squad by bringing in Nathan from Atletico Paranaense for £4.5m and by completing a season-long loan deal for AS Monaco’s Radamel Falcao.

Many people expect Falcao to be used as an understudy for Diego Costa, with Mourinho staying loyal to the 4-2-3-1 formation that worked so well last term.

However, there is a chance that Falcao and Costa could play together in a truly stunning 4-3-1-2 system.

Arsenal, Manchester United and City would stand no chance in the title race if this team clicked… 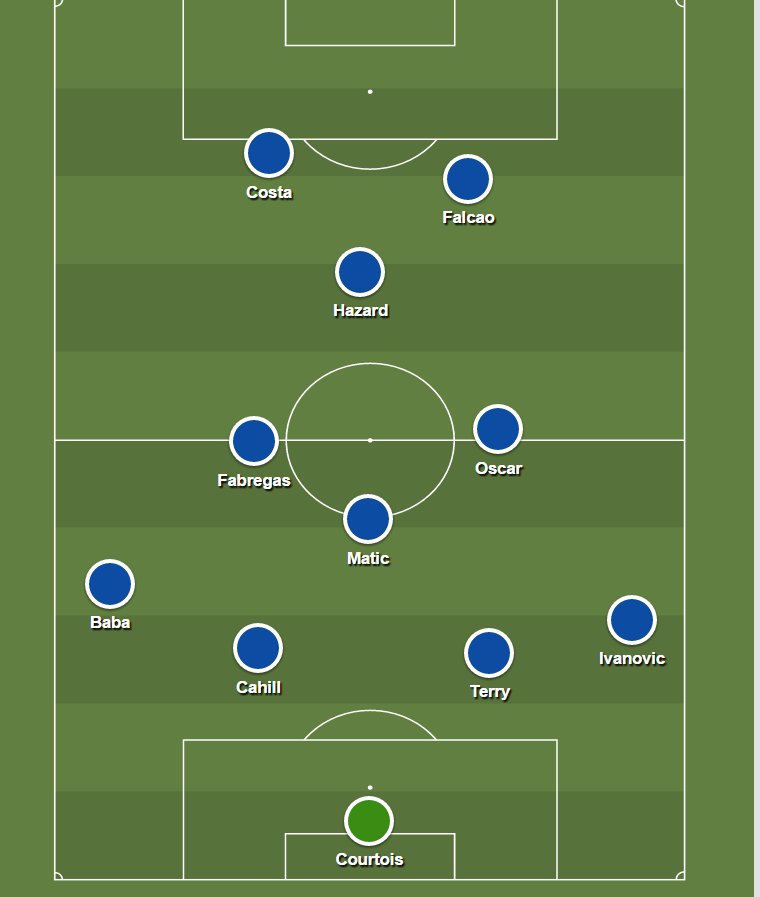 Chelsea had the best defensive record in the Premier League last season, so very little has to change. Goalkeeper Thibaut Courtois is world class, as is the centre-half pairing of John Terry and Gary Cahill.

Branislav Ivanovic is solid as a rock, but he can also contribute going forward – he scored four goals and provided five assists in the league during the 2014-15 campaign.

Cesar Azpilicueta had an excellent season too, but the Spaniard does not have the attacking prowess to excel in this formation. Augsburg left-back Baba Rahman, 21, has been watched closely by Chelsea and he would be the perfect man to provide offensive width from the back.

Matic keeping things tight would allow Cesc Fabregas and Oscar to supplement the attack, creating chances for others as well as getting on the scoresheet themselves. Between them, Fabregas and Oscar scored nine goals and made 26 assists in the Premier League last term.

Eden Hazard was the Premier League’s PFA Player of the Year last season. The Belgian was deadly on the wing, but he would be ever more effective if he were to be moved inside and given a free role – like what Tottenham Hotspur did with Gareth Bale in his final year at White Hart Lane.

Costa scored 20 top-flight goals last season. He should be looking to push on and do even better, after getting that tricky first year in a new country out of the way.

Falcao really struggled in his debut campaign in England, scoring just four goals in 26 league games for Man United. However, playing alongside a former Atletico Madrid teammate – in Costa – and starting under a manager who truly believes in him – in Mourinho – the Colombian could rediscover the form which saw him hailed as one of the world’s best frontmen not too long ago.