Jose Mourinho has claimed it’s Wayne Rooney or bust for Chelsea this summer but the Blues seem to be going out of their way not to sign the Man United striker…a £25m bid? No way, Jose!

With United seemingly desperate not to sell to a title rival, we consider 11 top class centre-forwards who the Blues may turn to in search of a striker. 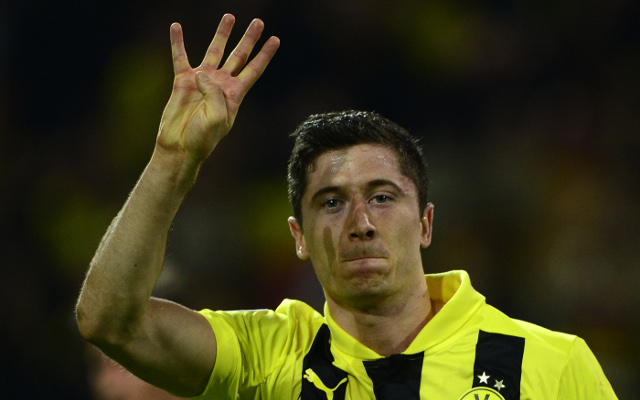 With the Bundesliga season already underway, it seems unlikely Dortmund would allow their star player to depart. But Lewandowski is certainly keen to move, moaning this week that Dortmund’s refusal to sell him to rivals Bayern Munich was ‘unfair’ (behave, Robert!).

The prolific Pole clearly fancies the Allianz Arena but Mou will know all about Lew, who scored four goals against Mourinho’s Real Madrid side in the Champions League semi-final last season. Chelsea have been credited with an interest in the 24-year-old in the past and Dortmund may be more willing to negotiate with a non-direct rival.