Xavi, the 35-year-old midfielder, has a lot of history for Barca. He is the first ever player to make 150 Champions League appearances and has played over 750 matches for the club. Despite his history with the Catalans, he is set to announce that he’ll leave today, meaning Luis Enrique will need to replace him come the summer.

That’s where Paul Pogba comes in. Long-standing rumours have circulated that Pogba wants to join Barcelona, and now that the space is cleared for him, it is a very possible reality.

Although the deal has not been completed because of the transfer embargo placed on the club, the Spanish Daily Sport published today that the Juventus midfielder is set to move to Barcelona. 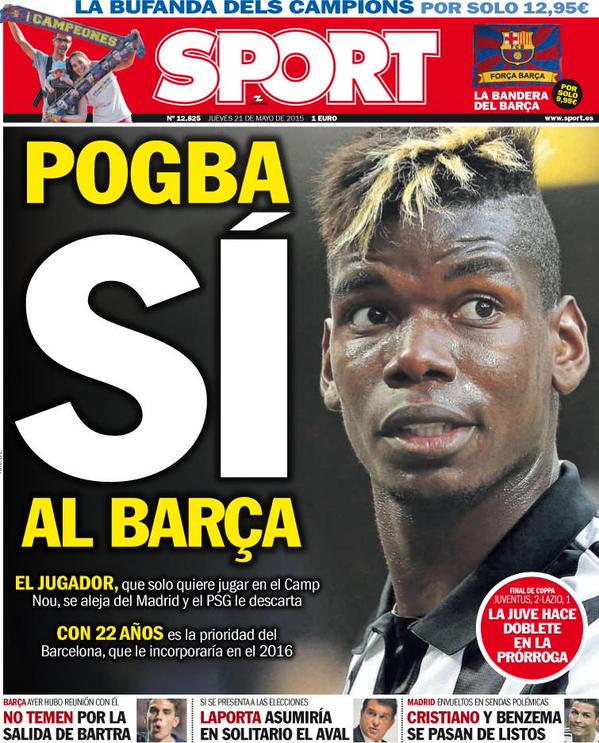 Sport reports that Juve want 80 million euros for the French player, but also says that Manchester City are willing to go over 100 million euros to make the deal happen. City are expected to lose out though because Pogba has made it clear that he wants to play alongside Lionel Messi.

The embargo is to be temporarily lifted this summer in order for the club to be able to acquire new players, one sure to be Pogba. Until then, Pogba will be able to face Barca in the final of the Champions League – at the start of June.