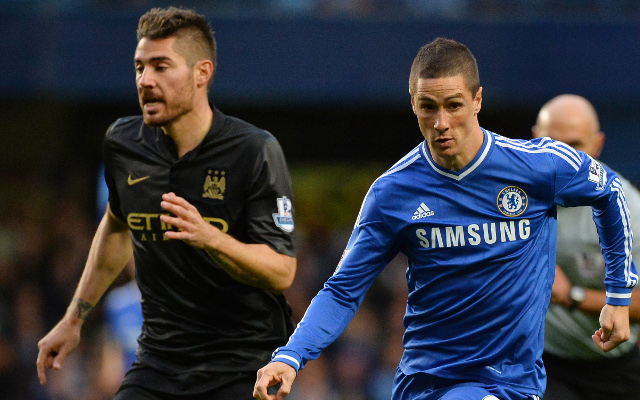 Chelsea striker Fernando Torres has been linked with a move to Bundesliga side Wolfsburg, according to Fichajes.com.

The Spaniard has been a big disappointment at Stamford Bridge since his £50m move from Liverpool back in 2011, and now looks set to make way this summer as Jose Mourinho shuffles his pack upfront.

Demba Ba and Romelu Lukaku have already left, and Torres is now being tipped to join his old team-mate Kevin De Bruyne in Germany.