Didier Drogba could be sidelined for four months 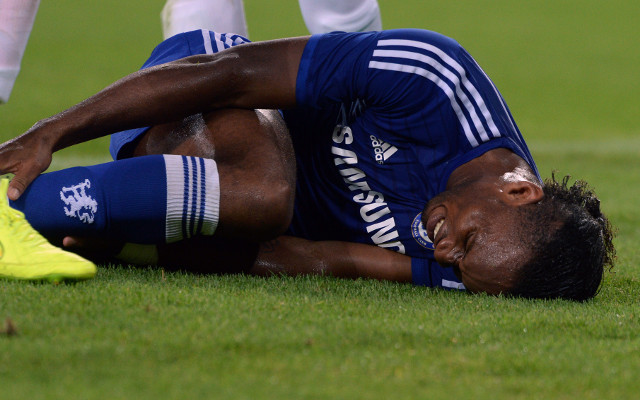 There was some bad news during the pre-season friendly with Ferencvaros on Sunday as Drogba limped off the pitch with an ankle injury.

The 36-year-old suffered a knock during the game and the Mirror reports that the returning striker could face four months on the sidelines as a result.

However, the Blues are hoping that things are not as bad as if first seems when they conduct an official prognosis of Drogba over the coming days.