Cech could usurp the usurper.


Chelsea seemingly revealed on Thursday that Petr Cech will start in the Capital One Cup final against Tottenham Hotspur, ahead of Thibaut Courtois.

The Czech has had to contend with the young Belgian this season, who returned from a  lengthy loan spell in the summer at Atletico Madrid, for a starting role with Mourinho electing to pick the more junior keeper on a more regular basis.

However, Cech, as this photo hints, Cesch could be about to make a quite sensational return to the starting XI against Tottenham this weekend.

See the teasing snap below: 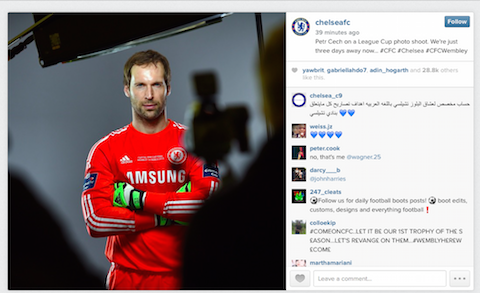