Chelsea will be looking to bounce back from their disappointing Champions League exit on Wednesday, with a victory against Southampton in the Premier League.

Jose Mourinho’s side can now concentrate entirely on maintaining their lead over Manchester City, as they attempt to complete a league and cup double, which may prove to be bad news for Ronald Koeman’s men.

Here is how we expect the Blues to line up: 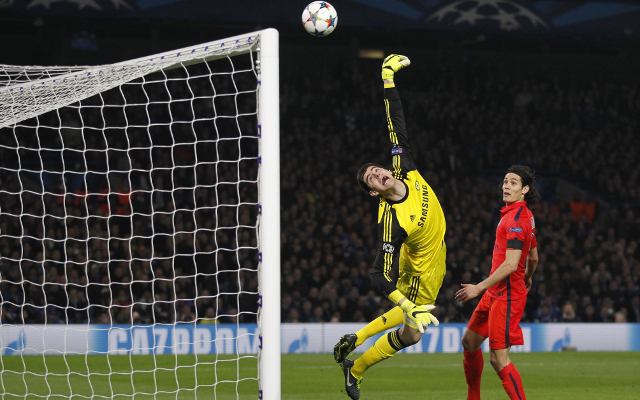 Courtois was perhaps at fault for PSG’s second equaliser in midweek, as he stood well off his line with no one covering the posts, but he made an incredible save moments earlier.

Ivanovic’s experience and reliability will be required to deal with the trickery of Saints wingers Eljero Elia and Sadio Mane.

Despite the millions spent on others, the 20-year-old has arguably been the surprise of the season for Mourinho. His performances continue to impress, while questions linger over rival Gary Cahill.

The Chelsea skipper will help his team get over the disappointment of midweek, and make sure they refocus ahead of this tough test.