Cech picks himself. The stalwart is one of the few players who remains from Jose Mourinho’s first spell at Stamford Bridge and still looks as capable as he did when he first joined. The scrum-cap loving 31-year-old will have to be quick off his line to stifle the clever through balls into Jermain Defoe or Roberto Soldado.

With Cesar Azpilicueta unfancied by Mourinho, Ivanovic is again likely to get the nod at right back. The Serbian is an uncompromising and menacing defender but will have to keep his wits about him to deal with the spritely Danny Rose, who loves to bomb forward from left-back. In the absence of a natural left winger, Gylfi Sigurdsson or Christian Eriksen is likely to fill-in on the left flank for Spurs and Ivanovic must be wary of being dragged out of position. 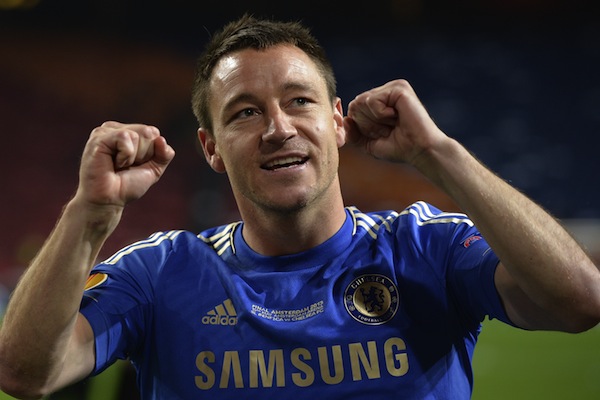 Captain; Leader; Legend. Terry’s place in the Blues’ first team is no longer as assured as it was during Mourinho’s first spell at Stamford Bridge but the former England captain is again likely to get the nod for the crunch clash at White Hart Lane. The Spurs faithful will undoubtedly give the 32-year-old a rollicking but that’s only likely to egg him on; JT loves a London derby!

Terry’s England teammate is likely to get the nod over David Luiz, who was left out of the squad entirely for the 2-0 win over Fulham last weekend. Cahill scored a cracker in this fixture last season and will be hoping for more of the same on Saturday.

Cole is another Chelsea stalwart whose place in the XI is not in doubt. The England international may be facing competition from Leighton Baines for a spot in the Three Lions first team but he remains one of the finest left backs in world football. The speedy and direct Andros Townsend and Kyle Walker could give the 32-year-old some problems on Saturday but Cole is more than experienced enough to cope with the duo.