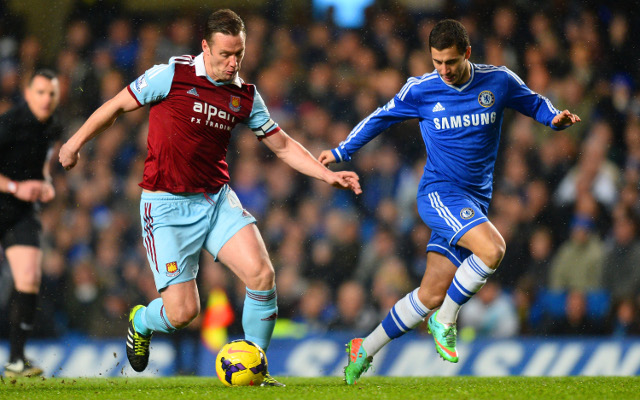 Gave the away side a torrid time as the Belgian combined pace and skill to cut in from the wing, but having said that the 23-year-old never looked close to testing goalkeeper Adrian.

The Brazil international was the heartbeat in attacking midfield once again and was unlucky to see a curling effort come crashing back off the crossbar.

Worked really hard for the side all across the line behind the striker and the South American was visibly frustrated that his hard work didn’t pay off with a goal.

Had one good effort on goal saved by Adrian, but for the all the opportunities the 32-year-old was given the forward never broke through the West Ham defence.

Came on for Azpilicueta to try and give the team more diversity going forward and the England international clearly knew his job as Lampard peppered the goal from distance.

Not a great game for the new £20.75m man who was brilliant at the weekend against Stoke City and the Serbian never really got a hold on the game.