It’s common knowledge now that Chelsea were the first Premier League team to field an entire starting XI made up entirely of foreign players when they took on Southampton back in 1999.

Since then the feat has been repeated a number of times, but fans will always remember the first and Gianluca Vialli’s men were the trailblazers.

And since then, a whole host of top overseas talent has passed through the doors at Stamford Bridge, but who would make up the best XI?

Below we’ve put together the best possible squad of Chelsea’s foreign players in the Premier League era.

Just beating out the likes of Carlo Cudicini, Ed de Gooey and Russian powerhouse Dimitri Kharine, the long serving Cech has been the club’s most successful goalkeeper.

The Serb is still one of Chelsea’s most dependable performers. An uncompromising defender and a more than threatening attacker, he can always be relied upon to finish a season with a healthy goal tally.

The highly decorated Frenchman enjoyed a productive and successful six years at Stamford Bridge towards the end of the 90s. He picked up a UEFA Super Cup, an FA Cup and a Charity Shield during his time there. 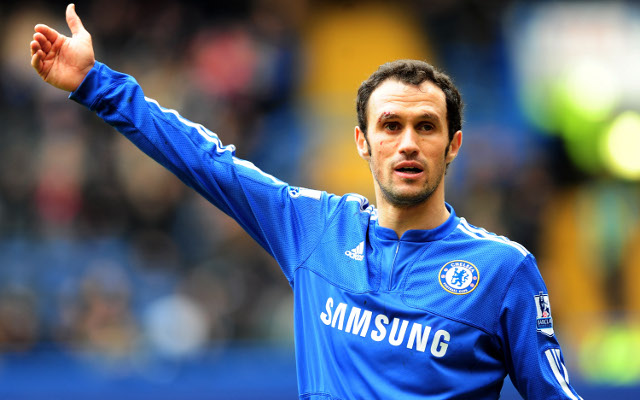 One of the classiest defenders to ever pull on a Chelsea shirt, he formed the bedrock of Jose Mourinho’s first successful spell in charge of the club. The Portuguese came away from his time in London with three league titles, three FA Cup wins and two league cup trophies. Not bad for a six-year spell.

Chelsea’s left-back slot was held down for the best part of a decade by an Englishman, meaning that the versatile Azpilicueta edges out the likes of Celestine Babayaro and William Gallas to earn his place in the team.