Chelsea fans have trolled their Arsenal rivals by covering up the huge concrete letters outside the Emirates Stadium.

Blues supporters seem to have tried to ‘take over’, as one fan put it, the Emirates by placing paper placards over each individual letter of the sign so that it spells out Chelsea instead of Arsenal.

And for good measure, just so you knew it was them, they let off a blue flare as well.

Just why Blues supporters have done this before, not on, their match day with the Gunners this Sunday is unclear.

As is the reason the fans responsilbe for the stunt didn’t make sure their signage actually cover up the concrete Arsenal letters, rather than looking a little hodgepodge and naff by barely hiding half of it.

See the images below: 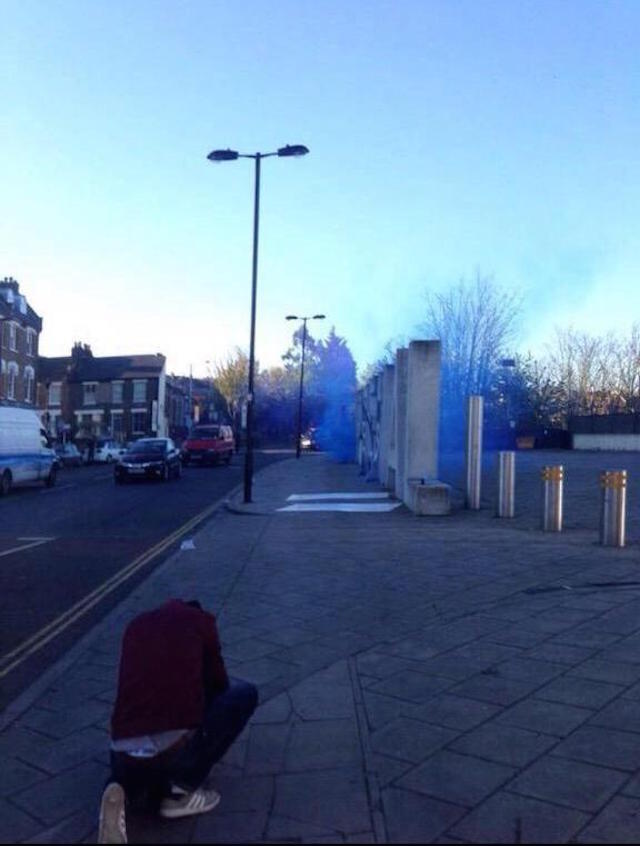 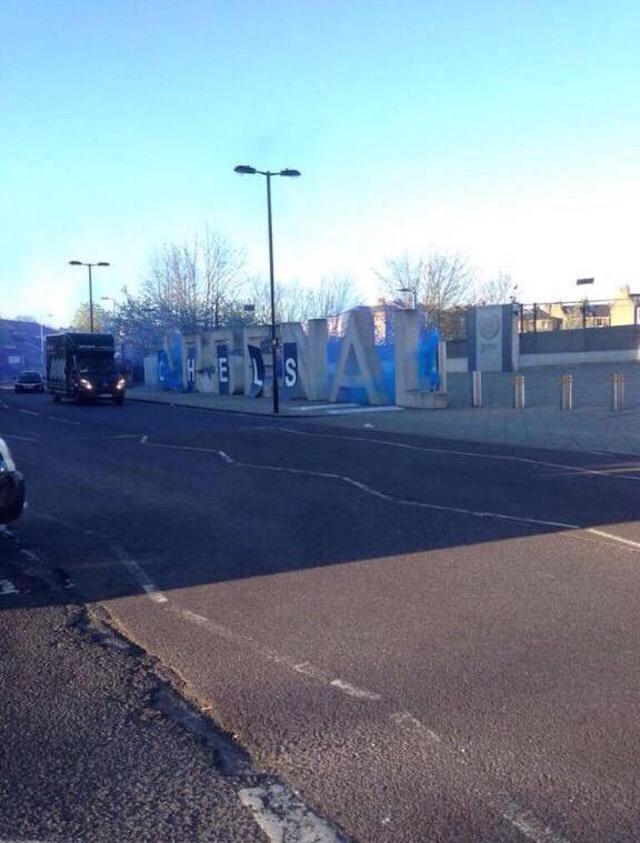 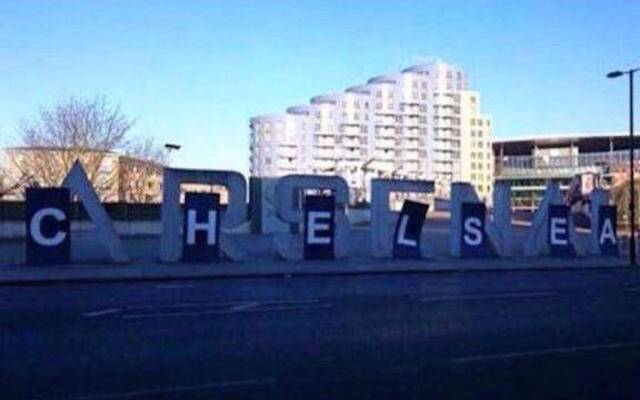 Perhaps those responsible were retaliating for Arsene Wenger’s cheeky comments following Chelsea’s 1-0 win over Manchester United at the weekend.

When informed of the Blues narrow victory, the Gunners manager made a slight dig at the playing style of Mourinho’s side.