Cavani has been extensively linked with a switch to Manchester United.

Rumours are gathering pace that Paris Saint-Germain’s £55 million star Edinson Cavani could well be on his way to the Premier League as the French giants have removed the striker from their promotional posters, reports the Daily Mirror.

The 27-year old Uruguayan has been continually linked with a move to the England in recent months, particularly with Manchester United, who seem to have shown the maximum interest in him.

The former Napoli man is said to be unsettled in Paris after being played out of position on the flanks by PSG boss Laurent Blanc, and although he did hint at staying on with the Ligue 1 champions for this season, rumours about his potential transfer have not stopped.

Cavani was reportedly replaced by another fairly recent signing in Yohan Cabaye on the promotional PSG poster, and although it’s difficult to read too much into the matter, United fans have reason to get excited.

Cavani has also been linked with Arsenal and Chelsea, but the Red Devils are firm favourites to land their man as they seem to be the only club interested in matching PSG’s £50 million price tag for the forward. 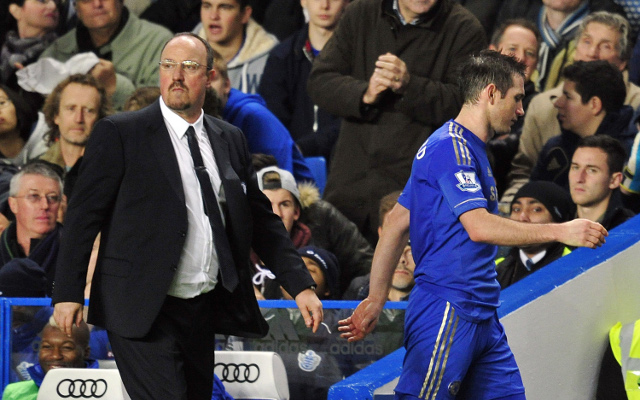