Rooney would not relish the prospect of being deployed out wide, but it is something he has done on a number of occasions throughout his glittering career. It was either that or leave him out, and that just wasn’t going to happen!

Willian can consider himself unlucky after performing well this term, but Rooney is a match-winner.

The Belgian wizard may well be on course for a host of end-of-season awards, and few could grumble. He has led the way for the Blues, and his presence has become even more pivotal at a time when a number of team-mates are playing below their usual levels.

Many expected Angel Di Maria to have a similar impact at United. He hasn’t.

There is never a dull moment when Costa is around. If he isn’t scoring, he is scrapping. What a shame he will miss this weekend’s clash through injury.

The Spain hitman has scored 19 goals in his first season in English football and it could have been many more if it wasn’t for his fragile hamstring. Robin van Persie and Falcao don’t come close to Costa. 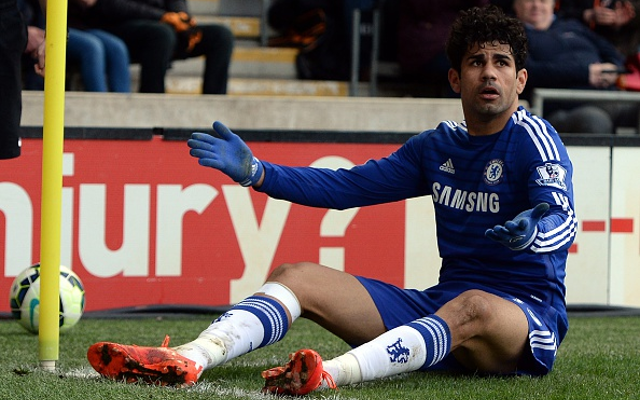