Manchester United booked their spot in the 2015-16 Champions League group stage with their 4-0 thumping of Club Brugge in Belgium last night.

Wayne Rooney’s return to form with a hat-trick ensured the Red Devils a 7-1 aggregate victory and a place in pot two for this afternoon’s group-stage draw.


My colleague Jonathan Machlin has already analysed what the worst possible outcome would be for United, but what if the Gods were kind to Louis van Gaal’s men?

Here is what fanatix reckons would be their best possible draw…

Although they romped to their first Eredivisie championship in seven years last season, the Dutch giants would be miles away from pot one would it not be for the changes to the seeding rules.

Their title-winning team has been ripped apart – with United taking top scorer Memphis Depay from them and captain Georginio Wijnaldum joining Newcastle United. They should be easy pickings.

Benfica and Zenit Saint Petersburg are the other kinder draws on paper, but United have a sketchy recent record against the Portuguese side and may not fancy the trip to Russia either. 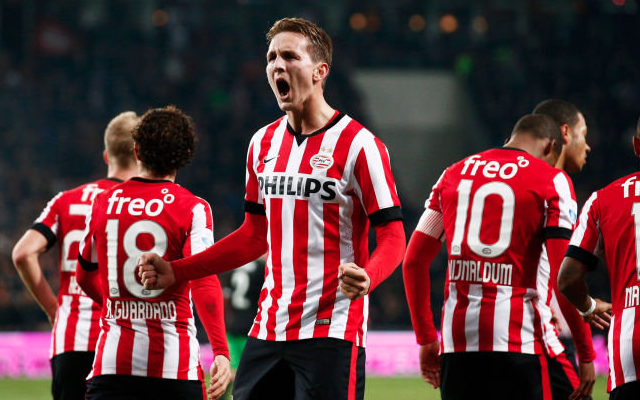