The Marshall Thundering Herd improved to 8-0 after defeating Florida Atlantic, 35-16. Their case for a playoff spot may become more difficult to ignore.

No. 23 Marshall is still one of the few undefeated teams left in college football after improving to 8-0 with a 35-16 win over Florida Atlantic.

The Owls were upset-minded though as they held a 16-14 lead at halftime. However, the Thundering Herd never lost their cool as they stormed out to 19 unanswered points.

They were able to win by this wide of a margin despite Florida Atlantic dominating the time of possession as they held the ball for about 36 minutes.

Thundering Herd quarterback Rakeem Cato threw for 218 yards and a touchdown pass on 13-of-24 passing. Running back Devon Johnson made a case as a dark-horse Heisman candidate by running for 272 yards and four touchdowns on 24 carries.

Johnson now has over 1,000 rushing yards and 15 rushing touchdowns on the season.

For the Owls, quarterback Jaquez Johnson threw for 179 yards and a touchdown pass on 19-of-37 passing, and running back Greg Howell ran for 92 yards on 22 carries. 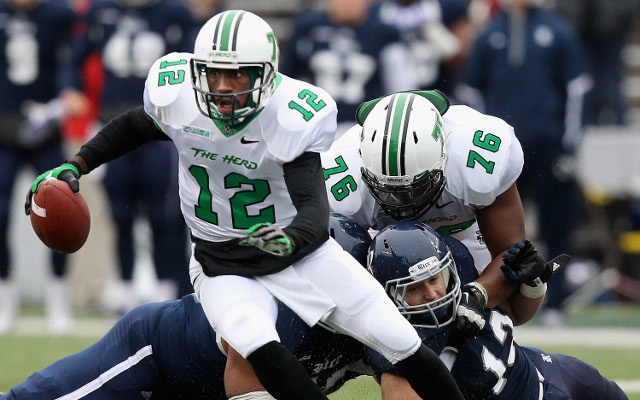