No. 24 Oklahoma State improved to 3-1 with a 45-35 victory over Texas Tech, so they figure to remain in the top 25. The game stayed close for the first three quarters, and the Red Raiders even held a 14-7 lead in the second quarter.

The Cowboys held a 35-28 at the end of the third quarter, but they pulled away with 14 unanswered points before the Red Raiders scored their final touchdown of the match.

Cowboys quarterback Daxx Garman had an overall solid performance as he threw for 370 yards and four touchdown passes with two interceptions. Running back Desmond Roland rushed for 86 yards and a touchdown on 23 carries.

Wide receiver Marcell Ateman finished with six catches for 130 yards to lead the Cowboys in receiving, and James Washington added another three receptions for 87 yards and two touchdowns.

For the Red Raiders, quarterback Davis Webb kept up with Garman in this shootout by throwing for 374 yards with four touchdowns and two interceptions.

Wide receivers Bradley Marquez and Jakeem Grant respectively led the Red Raiders in receiving with 106 and 100 yards. Grant had 12 receptions as Marquez added another eight, and they each caught a touchdown pass. 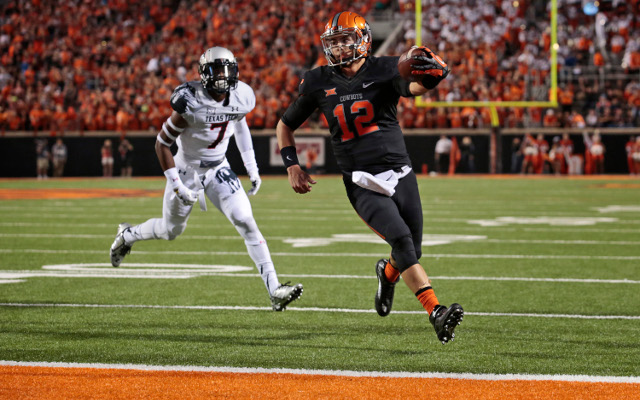 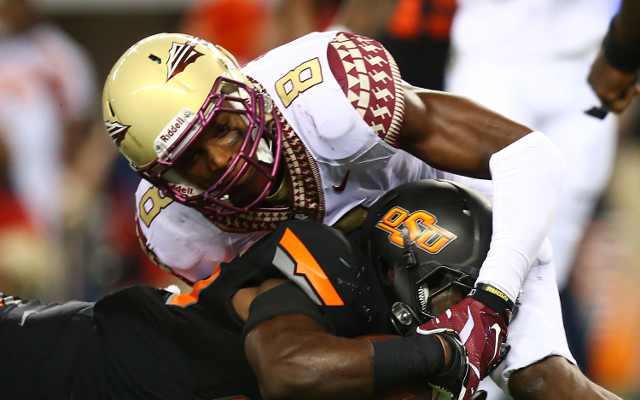