The Boise State Broncos are looking to continue their momentum and halt a red-hot Utah State Aggies team in its tracks.

No. 23 Boise State is gradually receiving national recognition as they have finally risen into the college football playoff ranking. The Broncos have won six games in a row, and they are hoping to finish the season with a 10-2 record by beating Utah State.

They will have a chance to compete for the Mountain West conference title if Colorado State loses to Air Force.

The Broncos offense is clicking perfectly, and they have averaged 54 points a game in their last four games. They scored 63 against Wyoming, and running back Jay Ajayi rushed for 110 yards and two touchdowns, marking his eighth 100-yard rushing game of the season.

Meanwhile, Utah State is also on a hot streak as they have won five consecutive games. They most recently defeated San Jose State, 41-7.

Quarterback Kent Myers had his best rushing game of the season and channeled his inner Chuckie Keeton with 92 rushing yards and three touchdowns.

The Aggies have a 9-3 record, but the Boise State offense will provide a stiff test against their defense that ranks 12th in the nation with 18.3 points allowed per game. 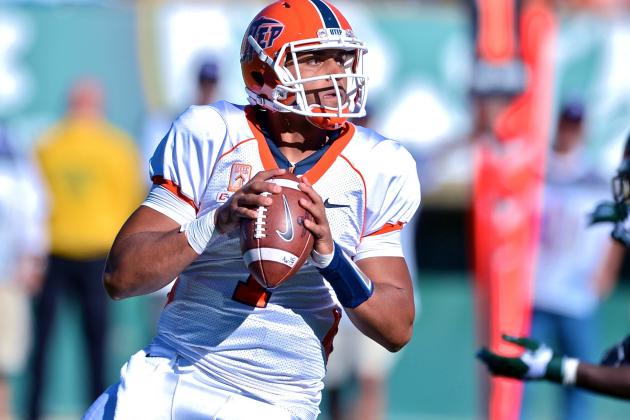