fanatix | American Football | CFB | AAC | CFB news: Memphis Tigers punishing 12 players for role in Miami Beach Bowl brawl
A massive brawl erupted at the Miami Beach Bowl in December that resulted in both sidelines spilling over and a bloodied face.

The Memphis Tigers football team has announced that it plans to discipline 12 players for their roles in the brawl that erupted at the conclusion of the 2014 Miami Beach Bowl.

According to a report from ESPN, school officials had identified a dozen players who had participated in the fight against the BYU Cougars at the end of the game and plans to punish them accordingly. The Cougars have not identified which, if any, players on their team will be disciplined for their actions.

The fight began after Memphis defender DaShaughn Terry sealed Memphis’ 55-48 double OT win by intercepting BYU QB Christian Stewart. Players began getting in each others’ faces and quickly erupted as sidelines spilled over and the two sides began punching and grabbing each other. BYU DB Kai Nacua had blood streaming from his face and came from behind to punch Memphis TE Alan Cross in the head while Cross was being restrained.

“I want to thank BYU for working with us to achieve not only accountability from this unfortunate event, but also helping our teams continue to grow and develop as young men, consistent with the high expectations held by both our universities, along with the high standards of sportsmanship established by the NCAA and American Athletic Conference,” Memphis president M. David Rudd said in a statement.

According to the report, possible punishments may includes suspensions from practices and scrimmages, as well as mandatory anger-management counseling, community service and unspecified punishment from Memphis head coach Justin Fuente. 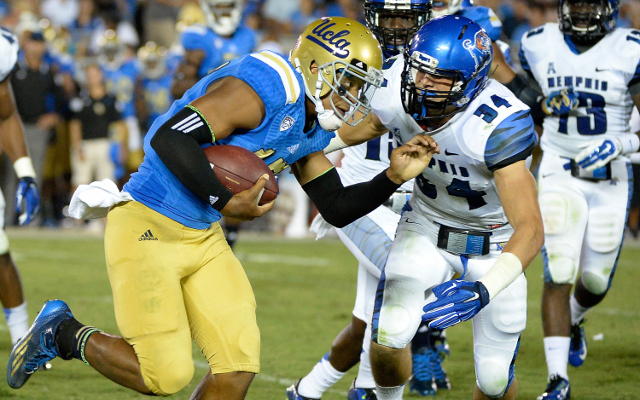 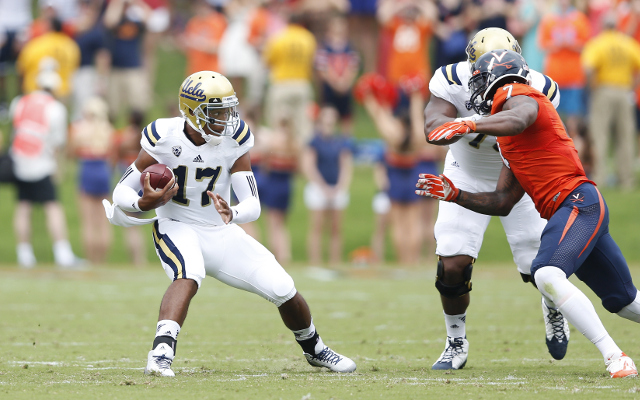