Dream debut for Pukki as Bhoys prepare for a trip to the San Siro.

Teemu Pukki scored on his debut as Celtic warmed up for their Champions League match against AC Milan in midweek with a 3-1 win over Hearts at Tynecastle.

The Finnish striker, who signed for Celtic from Schalke on transfer deadline day, had been on the pitch for only 12 minutes when he headed home a clever flicked pass from Anthony Stokes from three yards out in the 86th minute.

Stokes himself had fired past Jamie MacDonald to restore Celtic’s lead in the 65th minute just seven minutes after Jason Holt’s thunderbolt had hauled Hearts level.

It was a deserved win for the Scottish champions who inflicted the Jambos’ first defeat at Tynecastle this season to leave the Edinburgh side rooted to the bottom, nine points from safety.

However, Hearts will feel aggrieved at Kris Commons’ 19th-minute opener after the Hoops were awarded a contentious spot-kick when Jamie Hamill was adjudged to have deliberately blocked a Stokes header with his arm, despite the Jambos player being able to do little about it.

Celtic had, for the first time since 2010, started the match with an unchanged side for a second consecutive league match meaning new signing Pukki had to make do with a place on the bench.

Hearts welcomed back captain Danny Wilson and Kevin McHattie from suspension while Hamill took his place in midfield after successfully appealing the red card he picked up two weeks ago.

Celtic took the lead from a contentious 19th minute penalty. Stokes’ glancing header from Commons’ corner was blocked by the flaying arm of Hamill in the box but the Hearts player, who was only a yard away, didn’t look like he knew much about it. Commons sent MacDonald the wrong way as he expertly dispatched the spot-kick past the ‘keeper.

With the Hearts players still seething at Willie Collum’s decision, Stokes came close to a second as he cut inside from the left wing and tried his luck with a shot from 25 yards which bounced narrowly wide of the post.

The Irishman, who has been in impressive form this season, then had the ball in the net in the 27th minute when he smashed an inviting Commons’ pass into the net from close range but his effort was ruled out for offside.

Celtic were dealt an injury blow when Adam Matthews’ match was cut short moments later as he was injured in a challenge by McHattie, with the defender being replaced by Georgios Samaras.

Hearts hauled themselves level in the 58th minute through Holt. McHattie’s strike was cleared by Efe Ambrose to the edge of the box where Holt took a touch before rifling a shot through a group of defenders and in off the foot of ‘keeper Fraser Forster.

Celtic had a great chance to immediately respond when Samaras fired over from close range but they didn’t have to wait long as Stokes restored their lead in the 65th minute. Samaras knocked a kick-out on to Commons, who in turn headed it on for Stokes to take a touch before firing it over MacDonald into the net.

Stokes capped off a memorable performance as he raced down the left wing and cut into the box before cleverly flicking the ball up from the by-line for Finnish international Pukki to head home. 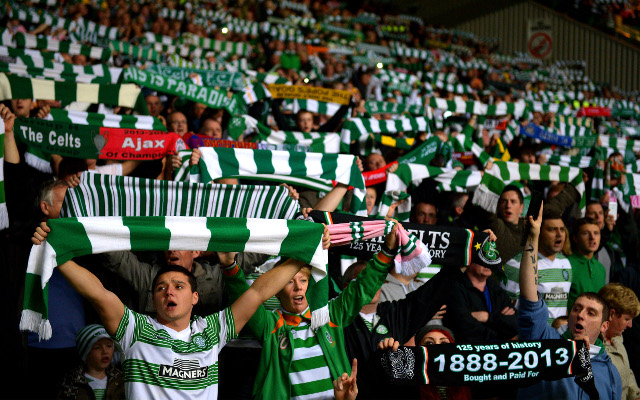 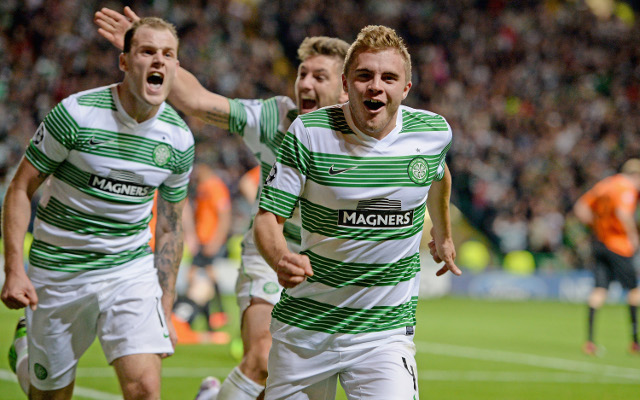 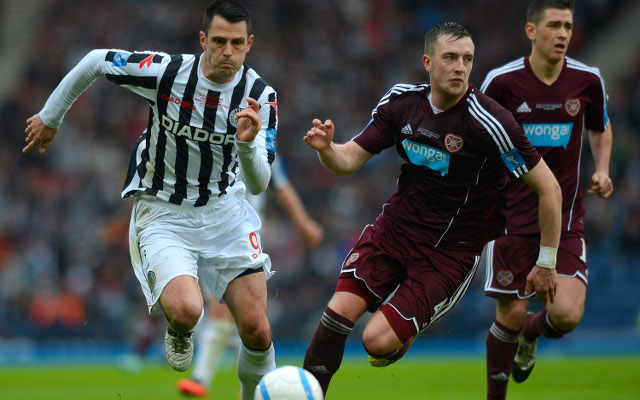 Young defender will not be leaving Liverpool for Scotland