Blues avoid horror start to the AFL season with impressive victory against the Eagles.

Mick Malthouse earned his first win as coach of the Carlton Blues as his side put away the West Coast eagles by 24 points at Patterson Stadium.

Now at 1-3 Carlton fans and Malthouse would feel like their season is back on track after dropping all of their games to date with victory against the Eagles in the west almost feeling eight points.

Carlton made the most of their possession for the entire game with just over 40 entries into their forward 50 resulting in 29 scoring shots.

Only twice all last season had Victorian beaten Western Australian sides on the road, and that mark has already been reached in round four

Chris Yarran and Jeff Garlett were outstanding for the Blues as they exploited their speed and the wide-open spaces of Patterson Stadium.

“Its a great win for Mick four rounds in for him which was great to see,” Yarran said after the game,

“I enjoyed the chance to go forward and get some touches on the ball, so don’t hurry back Eddie (Betts).

“Everybody contributed, it was a big team effort, so it was great to finally get a win for Mick.” 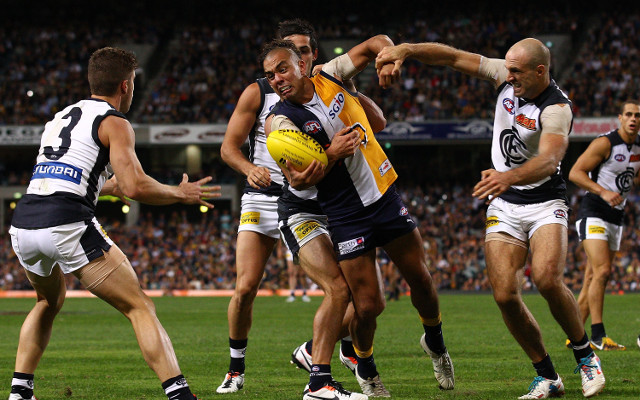 Brock McLean paid tribute to his side’s ability to fend off the Eagles when they did look like climbing back into the contest.

“It was nothing pretty but we ground it out and it was good to see us playing more defensively,” McLean said.

“In the past couple of weeks we have been involved in shoot-outs, but we wanted to go more one-on-one (defensively), and if we did that there is nowhere to hide and that’s what we wanted tonight.”

There was nothing between the sides in the early going with seven goals in the game mid-way through the second quarter each changing the lead.

Yarran kicked two brilliant goals, the second which included four bounces, to take the lead out to seven.

The Blues kicked their third in as many minutes as Kane Lucas snapped from in front of goal, as Carlton started to run the Eagles off their feet in their half.

Darren Glass suffered a partial dislocated shoulder in the first term and was largely ineffective but battled on bravely for much of the rest of the game.

Carlton dominated most of the second quarter with nine of the last 10 inside 50s as the free-flowing
game too its toll on several players’ fitness.

Yarran completed an outstanding quarter to complete another long run to goal from in close to ignite Carlton. 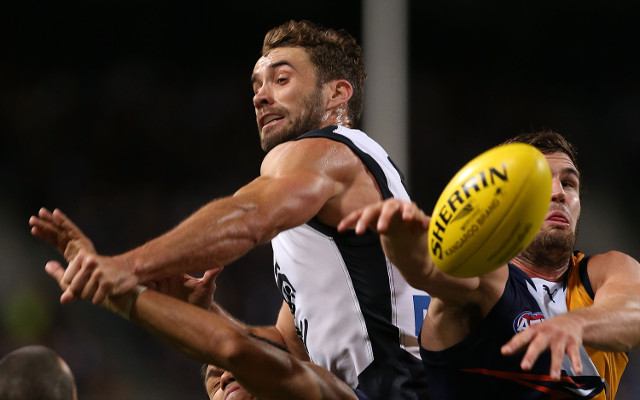 Amazingly Yarran had 10 bounces with of his three goals, with the team offering excellent shepherds on every run as the lead grew to 20 for the Blues at the long break.

Glass came back on in the third quarter but was soon back on the bench talking with the Eagles’ team doctor.

Carlton kicked clear thanks to their sixth goal in a row through Mitch Robinson, with the Blues run
across the ground blowing the Eagles off the park as the lead grew to 33.

West Coast had three talls in their forward line through the third quarter, with Mark LaCras not getting the space he needs to do damage up front.

The small forward then got his chance and LaCras’ goal brought the lead back to 28 as the Eagles started to get a roll on in the closing stages of the third quarter.

Needing to act quickly to bring down the margin, West Coast’s Jack Darling slotted a banana kick from the right forward pocket before Andrew Gaff speared through a shot to make the deficit just 21.

Daniel Kerr kicked a miracle goal from 50 metres out from the sideline to make the margin just 15 at the final break.

Despite the game being played at a hectic pace the ball was still heavily contested mid-way through the last quarter and showed no signs of breaking open as Carlton hung on for an important win to take some of the mounting pressure off Malthouse.